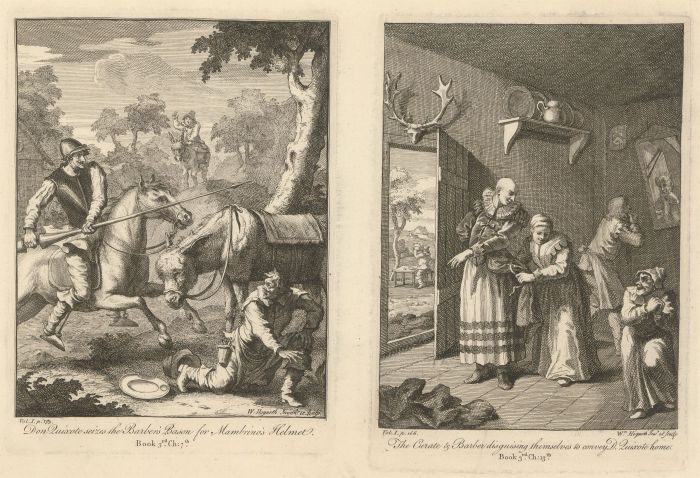 Skip to the beginning of the images gallery
Be the first to review this product
In stock
Code:
pu249

Three fine copper plate engravings by William Hogarth (1697-1764), from the 1822 Heath edition of 'The Works of William Hogarth from the Original Plates, Restored by James Heath Esq'. These three scenes form part of a set, depicting Cernvantes' Don Quixote, undertaken by Hogarth for a Spanish edition of the work, to be printed by Tonson under the patronage of Lord Cateret in 1738. On this sheet is 'Knight of the Rock', 'The Barber's Bason' and 'The Curate and Barber Disguising Themselves'. With crisp lines and wonderful depth from the original plate. Unsigned and inscribed. On wove. 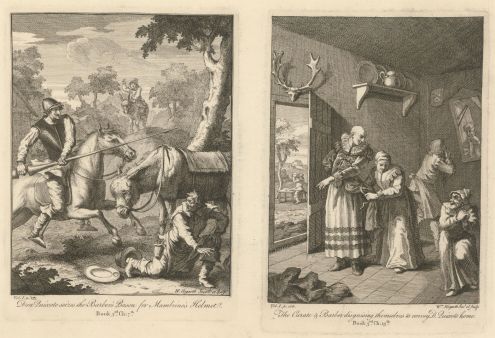 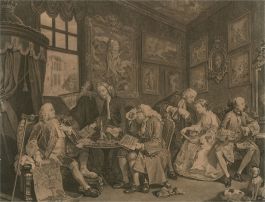 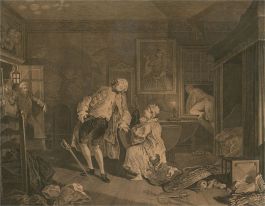 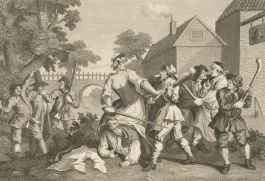 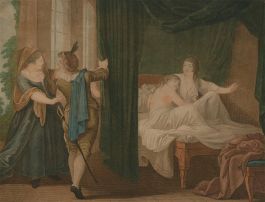 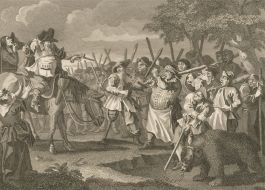