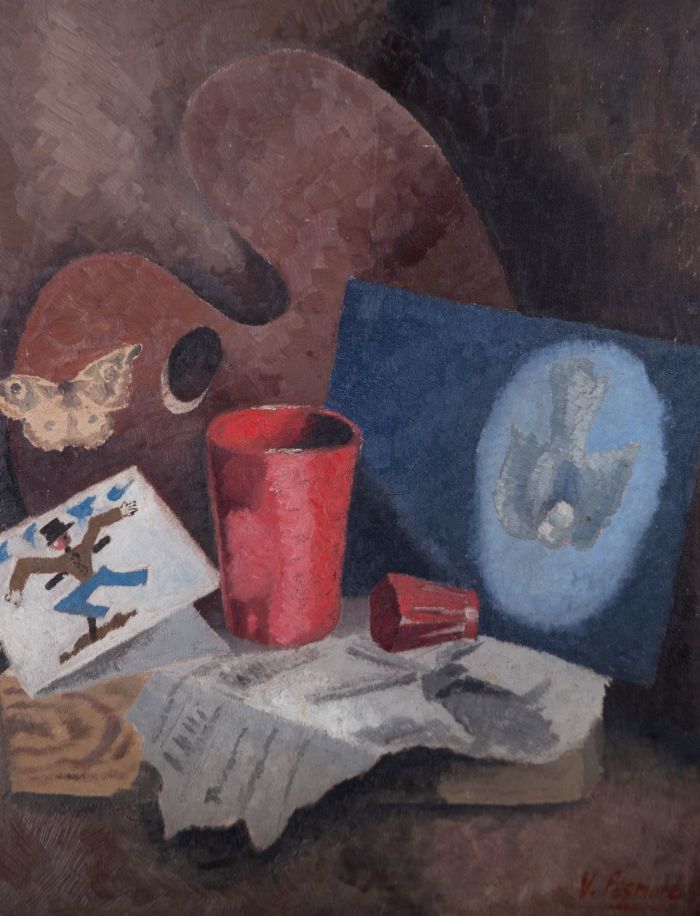 Skip to the beginning of the images gallery
Be the first to review this product
In stock
Code:
py547

A truly fantastic still life in the style of the influential 20thC painter and architect, Victor Pasmore. The style, colour palette and themes match those of Pasmore's in the mid 1940s, shortly before his break into purely abstracted works. The still life shows a strange collection of items including an artist's palette, a card featuring a scarecrow and a butterfly. The Artist has signed "V. Pasmore" to the lower right and the reverse and dated at the reverse "44." The artist has also inscribed "Rubie Wet" on the reverse, which may be the name of the original artist. On canvas.

The condition is typical for a picture of this age including some discolouration. There is some wear to the paint at the outer edges of the canvas and some very light scuffing to the paint in the top third. This has not scratched the paints surface. There are two small canvas repairs at the reverse which have been fully restored at the front.

(b Chelsham, Surrey, 3 Dec. 1908; d Gudja, Malta, 23 Jan. 1998). British painter, printmaker, and maker of constructions who is unusual in having achieved eminence as both a figurative and an abstract artist. After early experiments with abstraction he reverted to naturalistic painting, and in 1937 he combined with William Coldstream and Claude Rogers in forming the Euston Road School. Characteristic of his work at this time and in the early 1940s are some splendid female nudes and lyrically sensitive Thames-side landscapes that have been likened to those of Whistler (Chiswick Reach, 1943, NG, Ottawa).

In the late 1940s he underwent a dramatic conversion to pure abstract art, and by the early 1950s he had developed a personal style of geometrical abstraction. As well as paintings he made abstract reliefs, partly under the influence of Ben Nicholson. His earlier reliefs had a hand-made quality but later, in using transparent perspex, he gave them the impersonal precision and finish of machine products. Through work in this vein he came to be regarded as one of the leaders of Constructivism in Britain. Later paintings are less austere and more organic. Pasmore was an influential teacher, notably at King's College, Newcastle upon Tyne (now Newcastle University), where he was head of the painting department, 1954–61. The ‘basic design’ course he taught there (based on Bauhaus ideas) spread to many British art schools. He was also much concerned with bringing abstract art to the general public, notably as consulting director of urban design (1955–77) for the south-west area of Peterlee New Town, County Durham. His most personal contribution there is the Apollo Pavilion (1963–70), which he described as ‘an architecture and sculpture of purely abstract form’. In his later career Pasmore was also a prolific printmaker. He won many honours and Kenneth Clark described him as ‘one of the two or three most talented English painters of this century’. 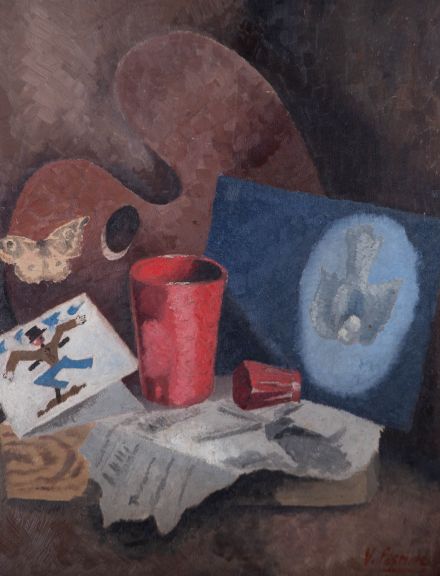 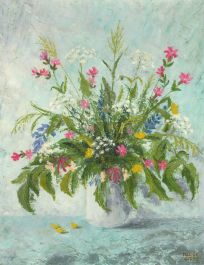 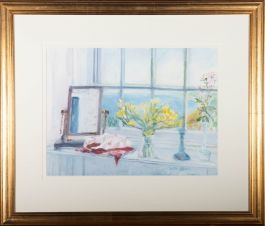 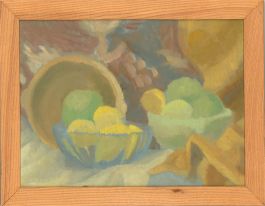 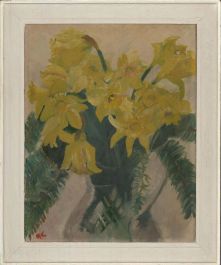