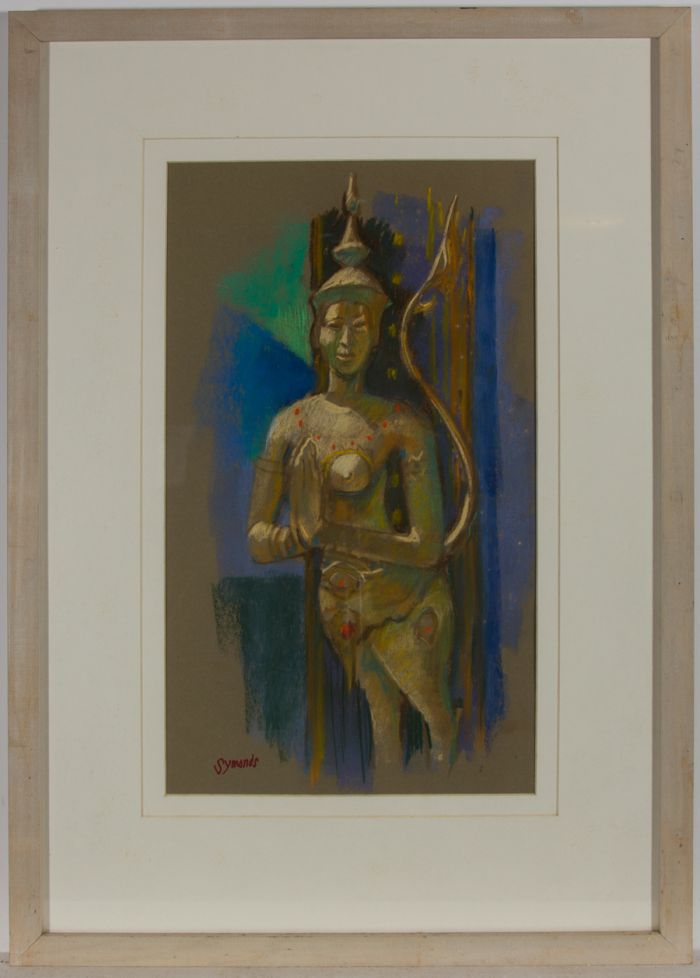 Skip to the beginning of the images gallery
Be the first to review this product
In stock
Code:
kq285

A delicate and fine 20th Century pastel by the artist Ken Symonds (1927-2010). Symonds has wonderfully executed this interesting study of a golden statue in a vibrant interior. Signed in the lower left hand corner and inscribed on reverse. Well presented in a double card mount and a simple wood frame, as shown. Signed. On wove.

The condition is typical for a picture of this age including some discolouration. The frame contains some light scuffing with some surface dirt beneath the glazing. Overall in fine condition.

Ken came to Cornwall in 1960, deciding that he could work as well here as in London, where he had been making his publishing career in art as a freelance illustrator and designer of book jackets. His studies in art had been on scholarship to the Regent Street Polytechnic, after working for some years for the Great Western Railway, based at Swindon. The Borough of Swindon awarded him their first grant to attend art school after completing his apprenticeship. At the Poly he also met his wife, Jane, who in time forward became a formidable force at the Newlyn Art Gallery, working as 'lady of all arts' to the Director John Halkes and helping to organise exhibitions.

Ken studied for his teaching diploma at London University and then taught for two years in Barnet, Herts, before the couple came to Cornwall and set up their studio in St Erth, near both Penzance, and St Ives. Ken joined both the Penwith Society and the Newlyn Society of Artists, and exhibited often with both. In 1980 they moved into a large old church which they converted into a marvellous living and working space, with storage racks for paintings on the entrance floor, and living quarters above. Ken served the NSA as Chairman for the five year period when NAG was combined with the Penzance gallery, Orion, to effect a stronger financial base in a difficult period.

Aside from exhibiting widely and often, he taught classes regularly at the Penzance School of Art, the St Ives School of Painting and took individual pupils in his own studios. In 1995 he published a portfolio of 30 watercolours 'Around the Penwith' with the St Ives Printing Company, and these were bound into a large cased volume (difficult to shelve!) which is a prized collector's item today. 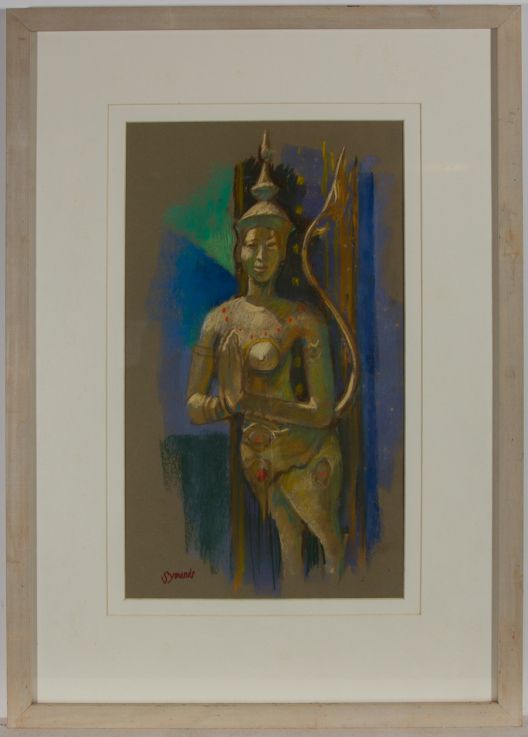 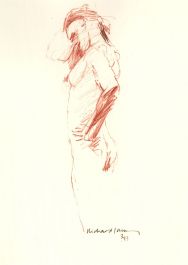 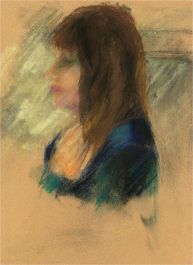 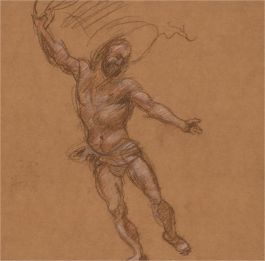 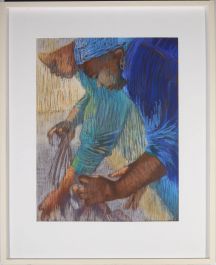 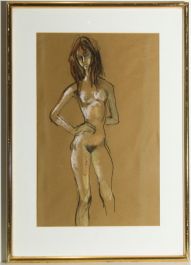