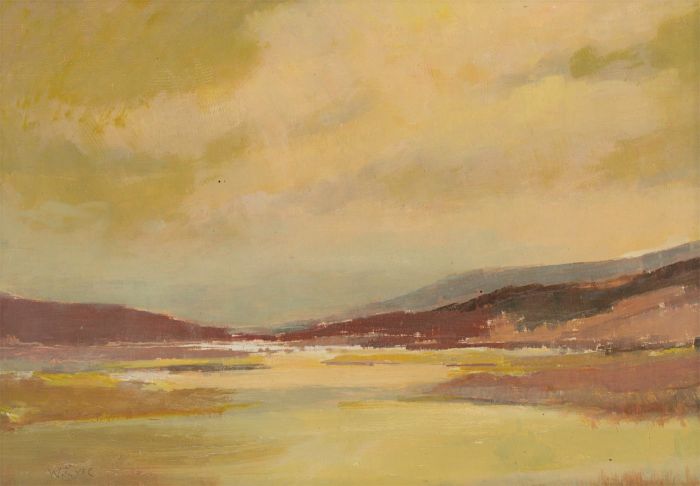 Skip to the beginning of the images gallery
Be the first to review this product
Out of stock
Code:
kj053

A beautifully atmospheric view of the Mawddach Estuary in mid Wales. We see rain clouds approaching from outside the frame of view, which draws our eye to the glittering water on the distant horizon. Signed to the lower left and title to the reverse. On board.

Tiny spots of surface dirt present, which would be removed with surface cleaning. Inspection under UV light reveals no restoration. Overall the appearance is very good. 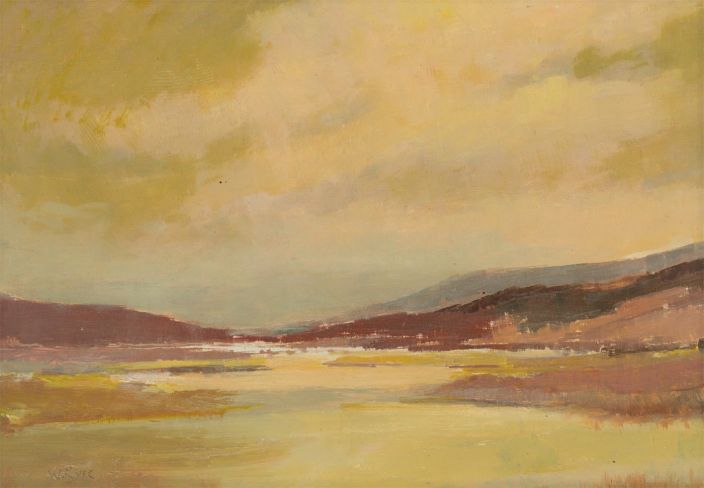 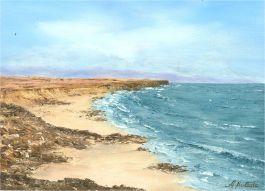 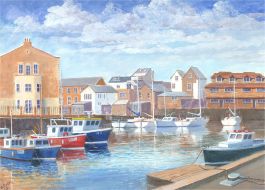 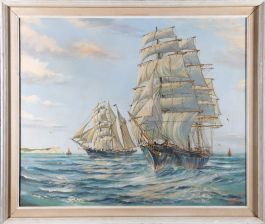 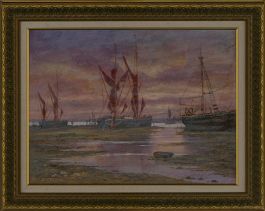 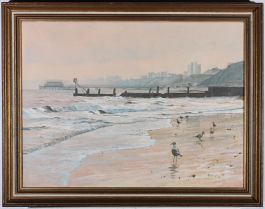