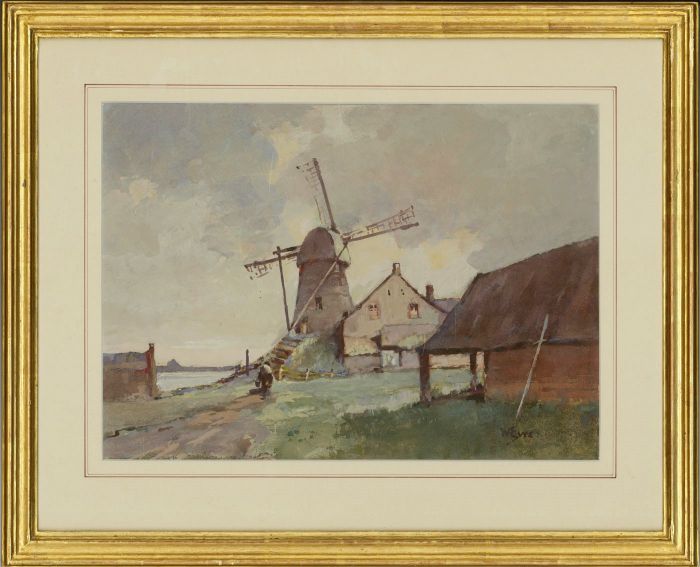 Skip to the beginning of the images gallery
Be the first to review this product
Out of stock
Code:
kj097

Eyre painted many windmills, as seen in 'Dutch Waterway, on the River Zion' (no. 29 in the Mallett catalogue); 'A Dutch Meadow on Spring' (no.6) and 'Windmill' (no 48). We know that Eyre loved to travel and drew inspiration from his European tours - the present painting was likely painted on one of these trips. Eyre has included a figurative element in this composition, unlike his other depictions of windmills featured in the catalogue. Here we see a weary Dutch farmer approaching the steps of the windmill, back bent and laden with his wares. Eyre has used the inclusion of a figure to convey the scale of the windmill, which dominates the surrounding river landscape and farm buildings. The composition celebrates the beauty and history of this ultimate Dutch symbol.

It's clear that Eyre has painted this scene en plein air - his layers of loose gouache and rapid brushstrokes in the sky create movement in the approaching clouds, suggesting an oncoming rain storm. He has used tiny highlights of cobalt blue around the steps of the windmill, moving into deeper purple hues further up the mill. A highlight of white to the farmer's stooped back calls our attention to the burden he carries.

The painting is signed by the artist to the lower left and is beautifully presented in a modern gilt frame and cream washline mount.

Both the painting and its frame are in excellent condition. 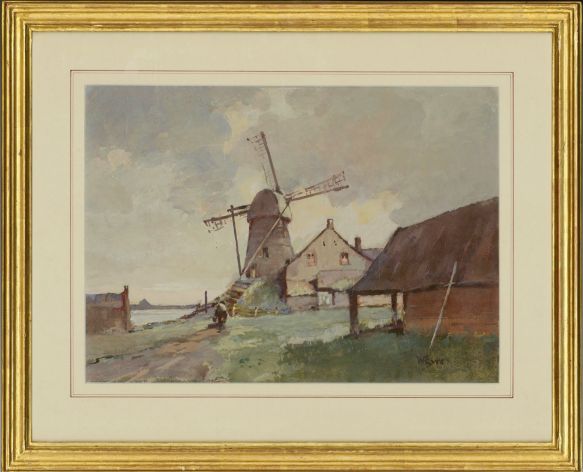 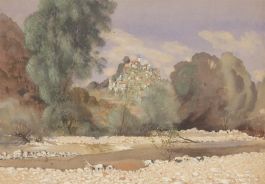 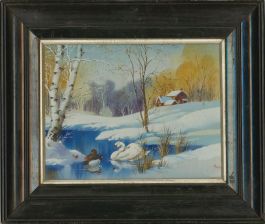 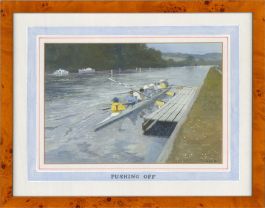 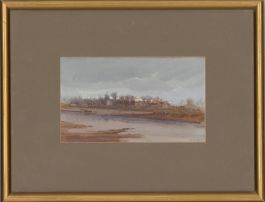 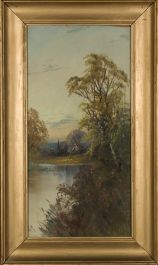