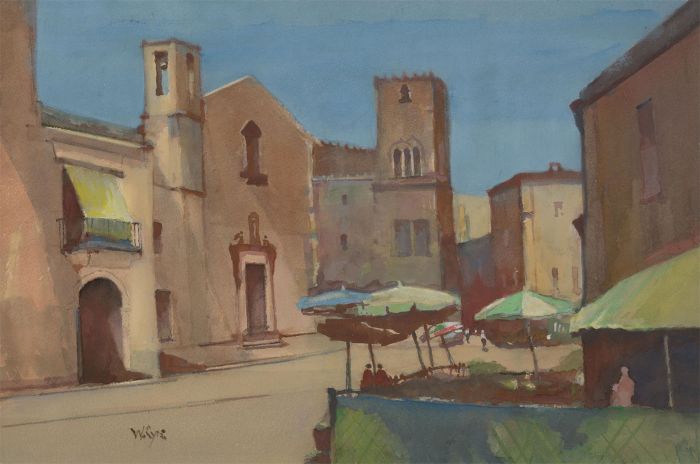 Skip to the beginning of the images gallery
Be the first to review this product
Out of stock
Code:
ph764

An atmospheric study of the hilltop town of Taormina, Sicily, in Eyre's distinctive painterly style. The terracotta tones contrast with vibrant greens to evoke the vibrancy of an Italian square. The paint has been layered appearing thicker in the foreground. Eyre exaggerates depth of field in order to bring the viewer closer, evoking an inclusivity and familiarity often found in his street scenes. Titled and dated on the reverse. Signed. On wove. 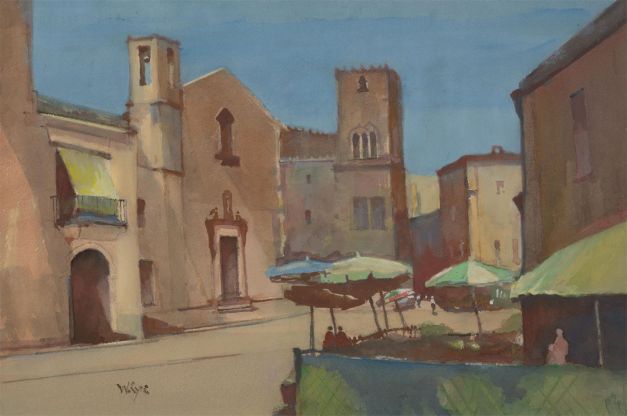 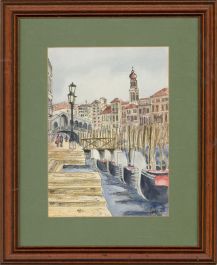 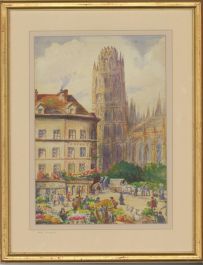 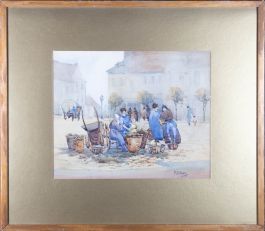 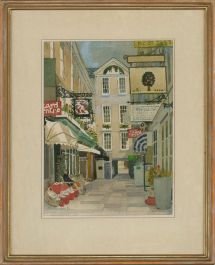 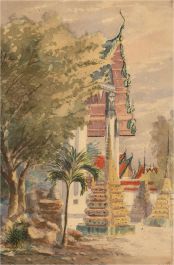