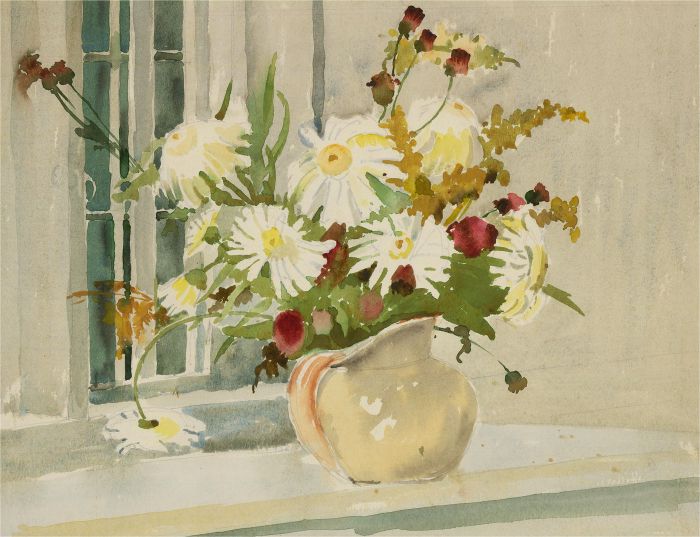 Skip to the beginning of the images gallery
Be the first to review this product
In stock
Code:
rh797

A delightful still life study of daisies and other wildflowers in a ceramic jug. Unsigned. There is a landscape painting to the reverse of the paper. On watercolour paper.

This accomplished body of work follows Sydney W. Starling's travels around the world. From the Norfolk Broads to Trinidad, Starling captures the world around him with an air of curiosity and an keen attention to detail. This collection spans over two decades, from 1950 to 1971, showing the artist's consistency in style and technique.

Sydney W. Starling was born in Kinver, Staffordshire. He was one of eight children born to police sergeant Thomas Starling and his wife Eugenie. It is recorded that he became a draughtsman designer of decorative tiles in 1911 and he exhibited watercolour paintings at the Royal Society of Artists in Birmingham 1929-1923. He was also involved with the Association of Workshops for the Blind.

He lived in pinner until 1931 when he moved to Winchester Drive, the subject of many of his landscapes. In 1933 he was appointed Secretary and General Manager of Workshops for the Blind. It is believed that the organisation was later renamed Royal Institute for the Blind. Starling took retirement in 1959 aged 70.

He had continued painting and joined with artist friends R. White RA , J. Robinson and Fred Pettifer forming the Pinner Sketch Club in 1942 which grew in popularity.

Three significant events in Starling's life were visiting the palace in the 8th of June 1950 to receive the MBE for his service to the blind. In 1971 he held an exhibition with the sketch club of his works painted in Tasmania at Gayton Road Library, Harrow, when the Tasmanian Trade Commissioner made a presentation to Starling. Later in 1979, Starling sculpted a two foot high figure of the 11th century Saint Anselm then Archbishop of Canterbury. This was made especially for Rev. Clive Pearce and it stands in St, Anselm's Church, Hatch End, to this day. 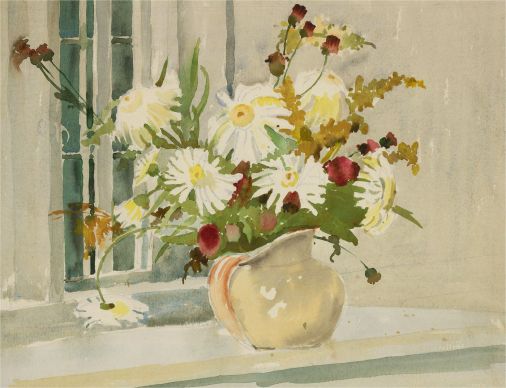 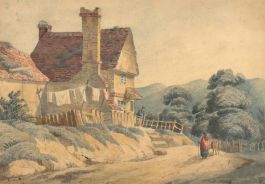 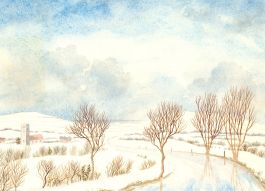 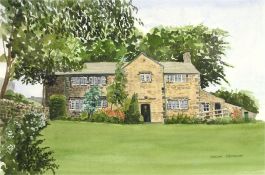 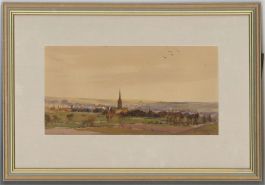 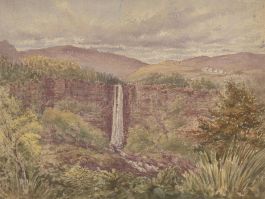