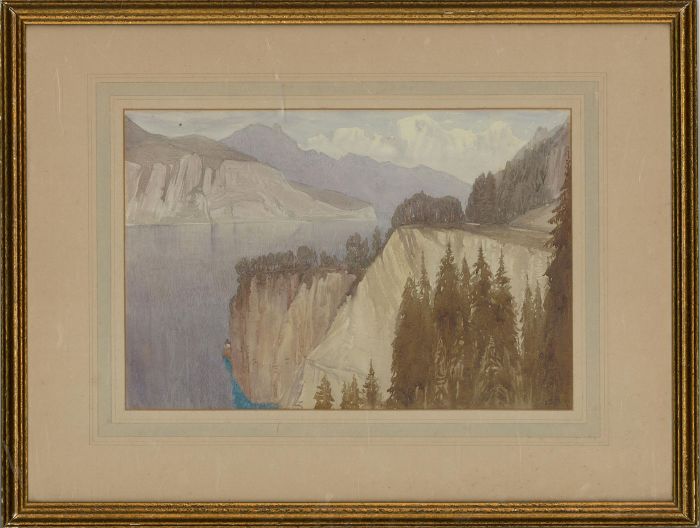 Skip to the beginning of the images gallery
Be the first to review this product
Out of stock
Code:
qb868

A delicate watercolour study by the Scottish artist Sir John Stirling Maxwell (1866-1956), depicting the wild landscape of Lucerne set against distant Alpine mountains. Maxwell was a founder member of the National Trust for Scotland (1931), becoming one of its first Vice-Presidents and President from 1943 until his death.

Well presented in a washline mount and gilt effect frame. Signed to the lower right.

Provenance: Printed label to the reverse reads 'Presented by Sir John Stirling Maxwell of Pollok, Bart, K.T in 1950 and sold on behalf of the General Funds of the National Trust for Scotland, 5 Charlotte Square, Edinburgh'.

The condition is typical for a picture of this age including some discolouration and minor foxing. Marks to the frame and scuffs to the corners.

Sir John Stirling Maxwell was a Conservative Member of Parliament for the College Division of Glasgow between 1895 and 1906, and later served as Chairman of the Forestry Commission from 1929. He was also Chairman of the Royal Fine Art Commission for Scotland, and a Trustee of the National Galleries of Scotland, Chairman of Ancient Monuments Board. He was a Lieutenant in the Royal Company of Archers and an active Freemason, being a member of The Pollokshaws Royal Arch Lodge No. 153, a founding member of Lodge Blythswood No. 817, and an honorary member of Lodge Pollok, Pollokshields No. 772.
He was a founder member of the National Trust for Scotland (1931), becoming one of its first Vice-Presidents and President from 1943 until his death. He realised the importance of green spaces within a city. In this context, he was determined to protect the Pollok Estate and give the people of Glasgow access to it, which he undertook in 1911.
Stirling Maxwell was also involved in trying to resolve the protracted problem of finding a home for the art treasures presented to Glasgow in 1944 by Sir William Burrell. After his death, his daughter gave Pollok House, a substantial proportion of the estate and her father's art collection to the Glasgow Corporation. This gift of land eventually allowed the Glasgow city fathers to erect a building to hold the Burrell Collection.
In 1929 he was appointed a Knight of the Thistle. He held the honorary degree of LLD from the University of Glasgow, the University of Aberdeen and Edinburgh University. Hon. RSA; Hon. RIBA; Hon. RWS; Hon. RSW and a DL. Sir John and Lady Stirling-Maxwell were both elected Fellows of the Royal Horticultural Society in 1902.
In 1938 he was elected a Fellow of the Royal Society of Edinburgh. His proposers were Sir Ernest Wedderburn, Sir John Sutherland, Sir Thomas Henry Holland and Sir William Wright Smith.
He died on 30 May 1956. 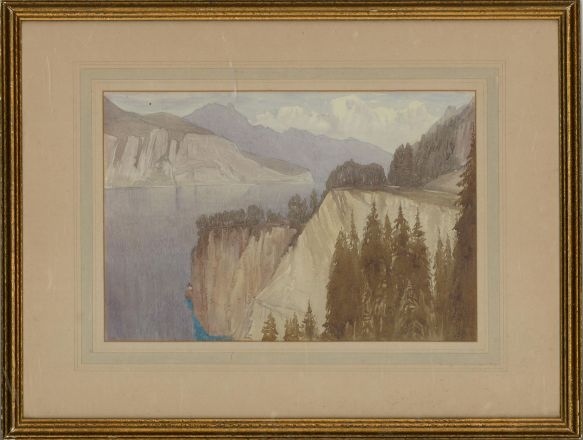 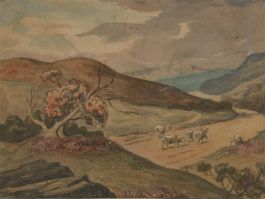 A. W. Coombes - 1945 Watercolour, Sheep in a Landscape
Item Sold 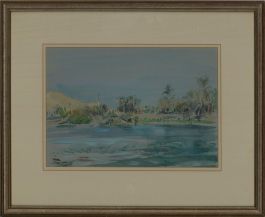 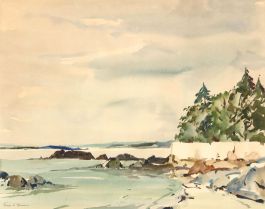 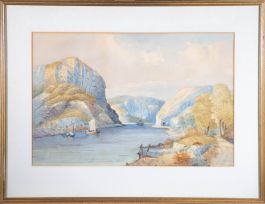 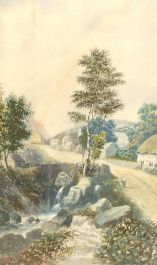