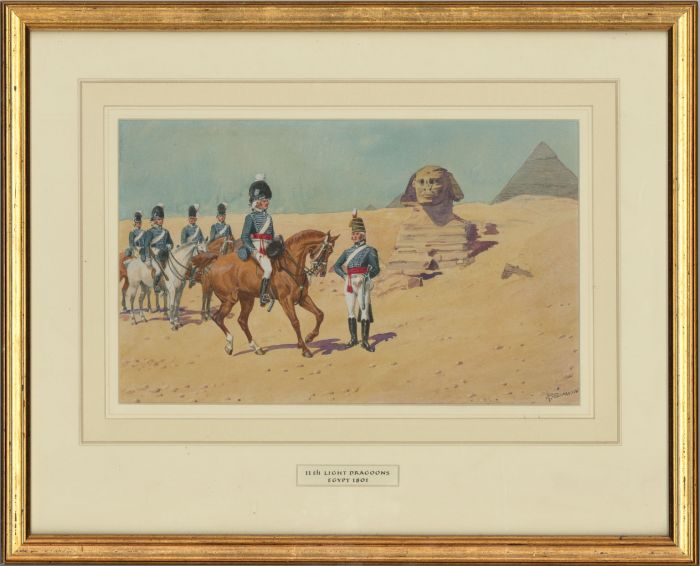 Skip to the beginning of the images gallery
Be the first to review this product
Out of stock
Code:
kq073

A very fine well-detailed watercolour with body color details by the listed artist Richard Simkin (1840-1926), depicting the 11th Light Dragoons in Egypt c.1801. Simkin gained notice for his military uniform studies in publications during his lifetime, and this work is a fine example of his typical attention to detail and style. Several figures, including one on horseback, are depicted in a theatrical arrangement, with the dramatic Egyptian backdrop of the famous Sphinx and Pyramids of Giza.

In very good condition overall, especially for a picture of this age. There is a closed tear to the centre of the work, however this does not detract from the overall image. The frame has some light surface marks and scuffing to the corners.

Richard Simkin (1850-1926) was born in Herne Bay, Kent in 1850, the son of a commercial traveller, also named Richard. He spent much of his time at Aldershot, Hampshire, after marrying his wife, Harriet, in 1880, and may also have been a volunteer in the Artists Rifles. He was employed by the War Office to design recruiting posters, and to illustrate the Army and Navy Gazette. In 1901 he created a series of 'Types of the Indian Army' for the Gazette.; he obtained much of the information from the Colonial and India Exhibition of 1886. During his lifetime, he, along with Orlando Norie produced thousands of watercolours depicting the uniforms and campaigns of the British Army. Simkin also contributed illustrations to numerous publications including the Boy's Own Magazine, The Graphic and others; many were published by Raphael Tuck and sons. 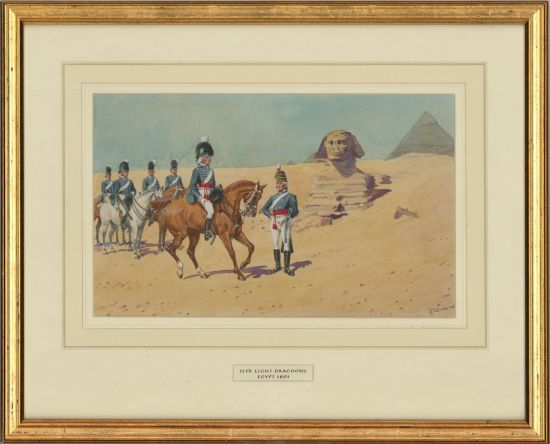 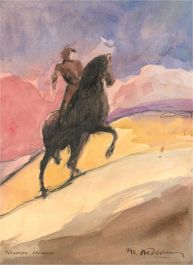 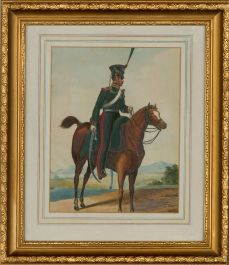 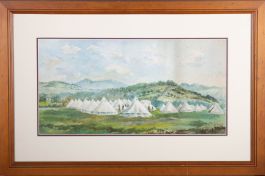 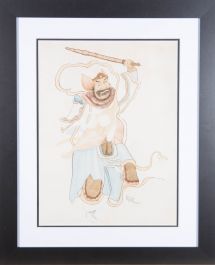 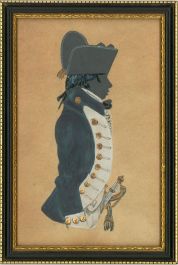