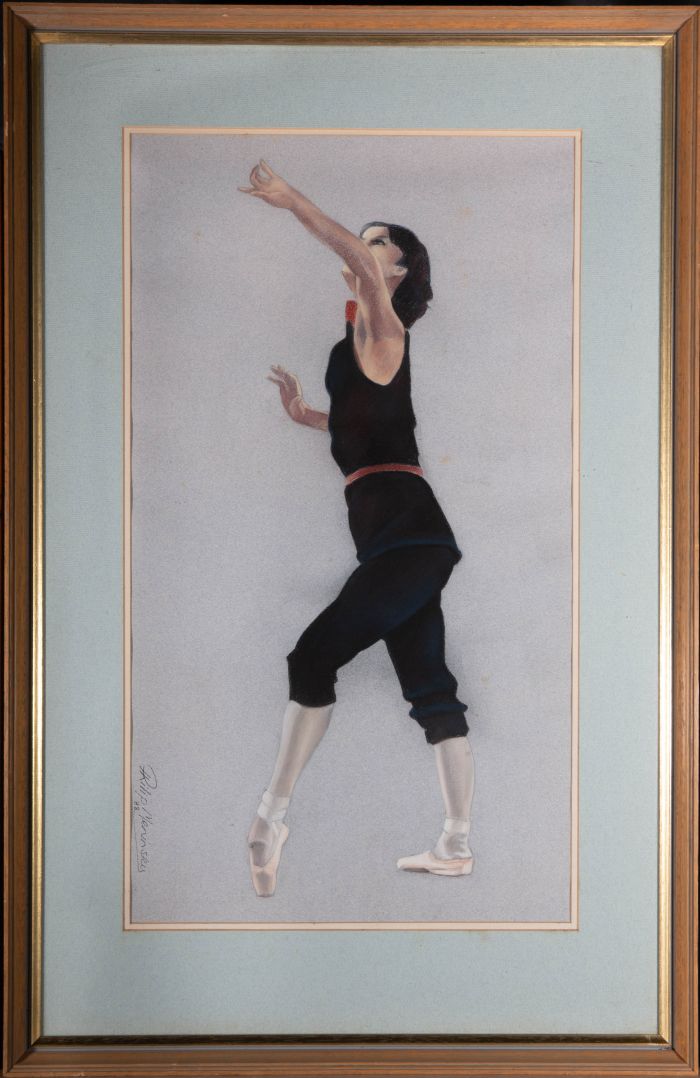 Skip to the beginning of the images gallery
Be the first to review this product
In stock
Code:
qs863

An engaging pastel drawing by the artist Philip Meninsky, depicting a ballerina in black. Signed and dated to the left-hand margin. Presented in a double card mount and in a wooden frame with a gilt inner detail. On wove.

In good condition overall, with very light foxing. Minor marks to the mount and small scuffs to the frame.

Philip Meninsky (1919-2007) was a painter, born in Fulham, London, and the son of artist Bernard Meninsky. He became interested in painting while studying accountancy, but began painting seriously in a Japanese POW camp. After being posted to Singapore, Meninsky was captured by the Japanese and transferred work on the Burma Railway. There, he met fellow artists, George Old, Jack Chalker and Ronald Searle. He painted and drew in secret, hiding his work in bamboo shoots and burying them in tin cans until after the war. His experiences led him to be called on to make graphic records for war criminal trials. A collection of these drawings are in possession at the Imperial War Museum and in the State Library of Victoria, Australia. Philip Meninsky realised he could not support his family on his earnings as an artist so, he became an insurance agent, continuing to paint in his spare time. However, in the late 1940's, Meninsky settled in Scotland and through connections with artists William and Mary Armour, he became associated with Glasgow School of Art and held his first solo exhibition at the Citizens Theatre Gallery, Glasgow in 1961 with a second in 1965. He exhibited with the Society of Scottish Artists, Royal Scottish Academy, Royal Scottish Society of Painters in Watercolour, Scottish Arts Council and the Royal Glasgow Institute of the Fine Arts. By 1965, he had relocated to Shropshire, spending four years in the county and showing in 1969 at Birmingham's Compendium Gallery, and at the Arts Centre in Shrewsbury. Moving to London in 1975, he showed at Leighton House Museum, Holland Park and at the Southwell Brown Gallery in Richmond Park. His work is in the collections of the Imperial War Museum and the Lillie Art Gallery at Milngavie. He is often referred to as Philip Menin. 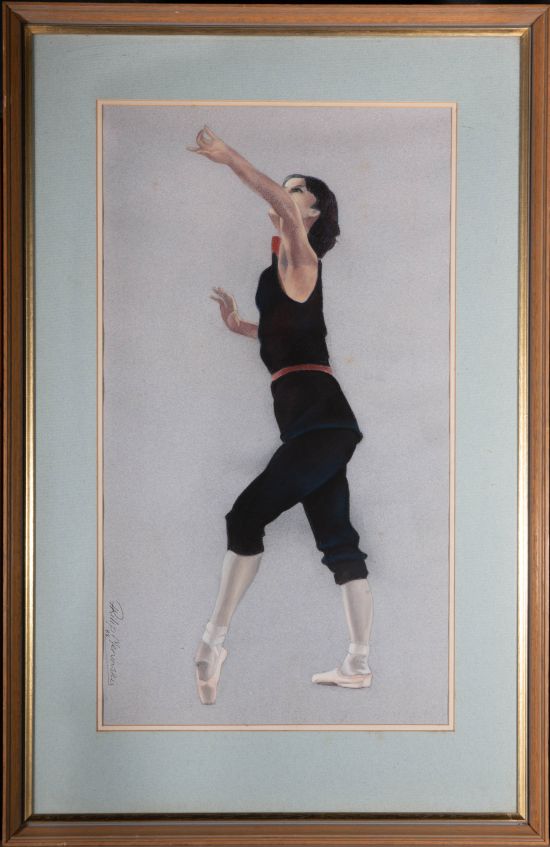 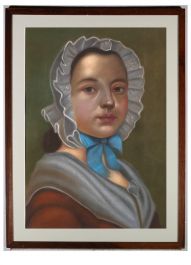 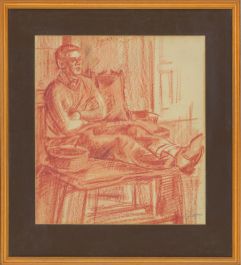 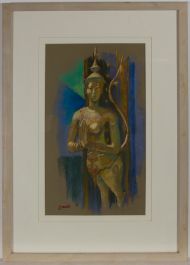 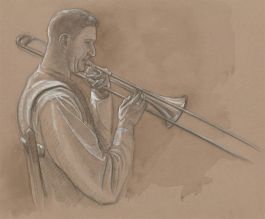