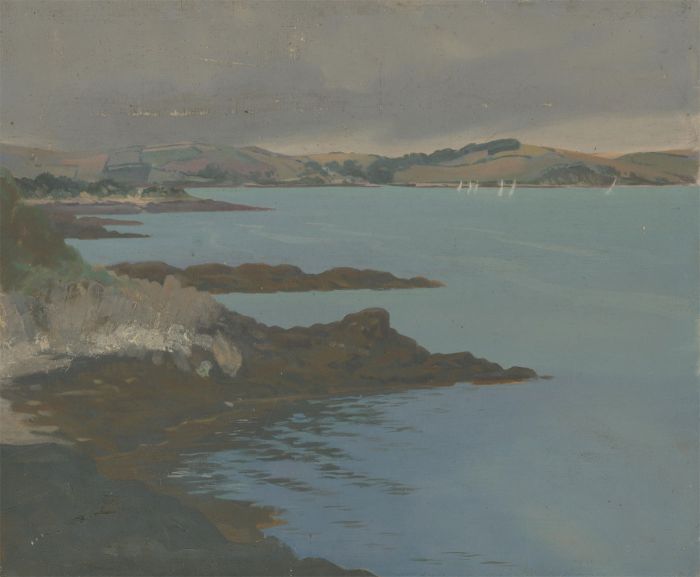 Skip to the beginning of the images gallery
Be the first to review this product
In stock
Code:
kn981

A wonderful coastal landscape by the British artist Laurence H.F. Irving (1897-1988). Here he has captured an atmospheric scene, with dark rocks jutting out towards the sea. Sailing ships can be seen in the distance, while some ominous looking clouds start to form in the distance. With a stamp from Lechertier Barbe Ltd to the reverse. Unsigned. On board.

The condition is typical for a picture of this age. With various surface marks and some minor surface dirt. Small areas of paint loss to the outer edges. Fragments of a newspaper have transferred onto the surface of the painting, most noticeably to the sky. Inspection under UV light show no sign of restoration. 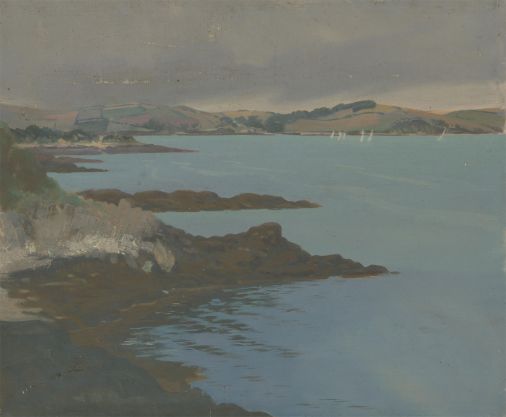 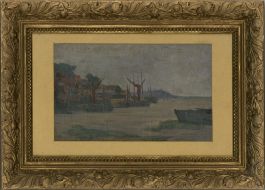 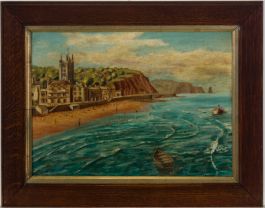 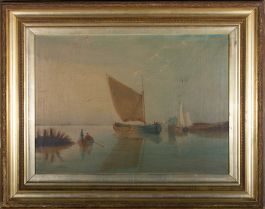 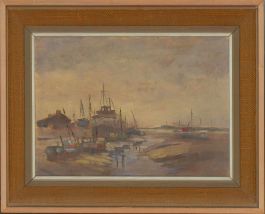 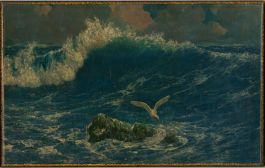