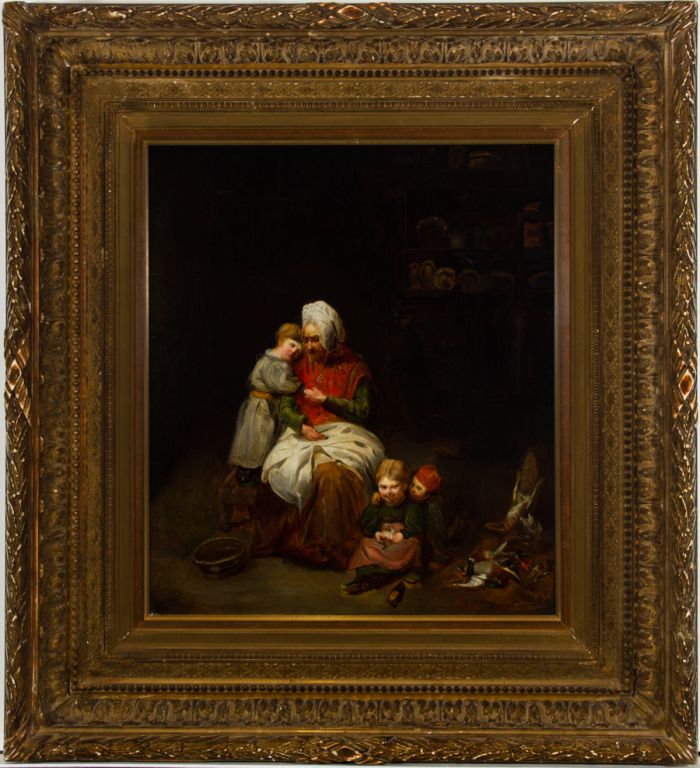 Skip to the beginning of the images gallery
Be the first to review this product
In stock
Code:
kk811

Sulis Fine Art is proud to present this exquisite French school interior with figures, by the artist Jules Dufour (1812-1871). Central to the dark interior scene is an elderly female figure, in early 19th Century French dress, surrounded by three young children, with one standing on a wooden stool. The setting depicts an assortment of dead game to the lower right, including ducks and a rabbit, with a woven basket and a dresser behind, displaying various stone and pewter tableware.

Dufour has been influenced by both the French school of painters prevalent in the first part of the 19th Century, as well as the overall style and aesthetics of Dutch Old Masters, with regards to lighting and mood. The positioning of the figures, and elements of still life in the composition, join to create an expressive and eye-catching work. The artist uses minute and intricate brushwork to convey both a reflective and playful mood, enhancing the varied dynamic of the scene. A truly marvellous and engaging work, emanating the humanism of both the artist and the subject.

The condition is very good for a picture of this age, with only slight discolouration. The canvas has been relined with new stretchers. Inspection under UV light reveals the picture has undergone some previous restoration, including a repair to the lower left corner, and minor localised surface restoration. The frame has some surface scuffing to raised details and corners, with minor cracking to the corners, expected for its age. In remarkably good condition overall, with a tiny loss to the central moulding on the upper edge.

Jules Dufour (1812-1871) was a French 19th Century painter, born in Péronne, Somme, Northern France. Known for his genre scenes in particular, much of his work still resides in France, most notably a self-portrait at the Musée de Picardie in Amiens. 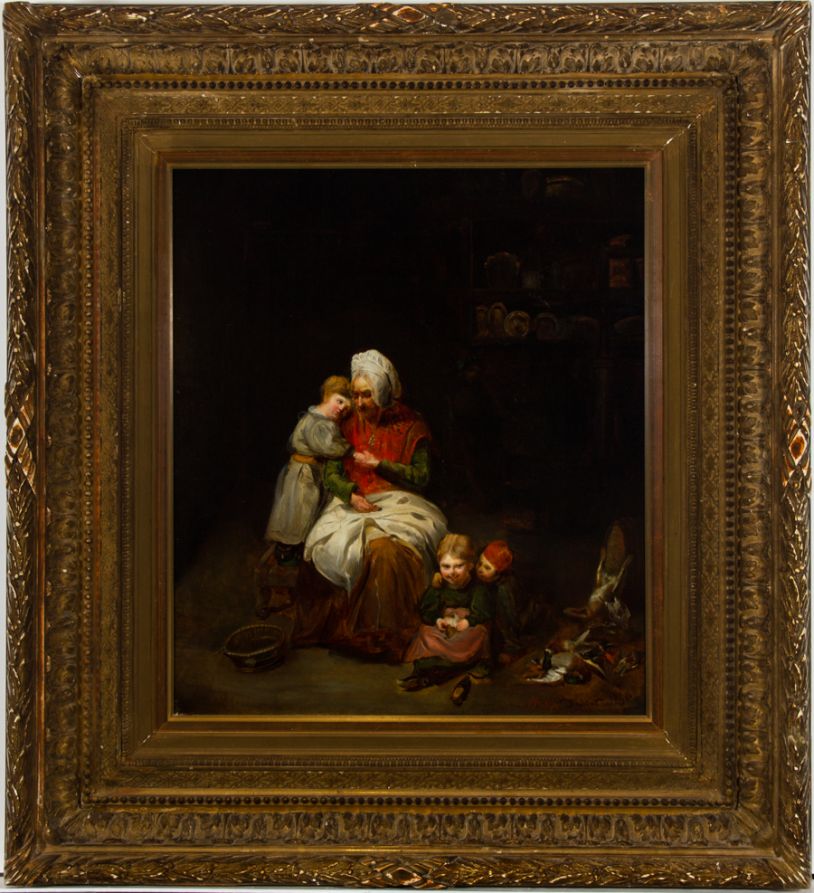 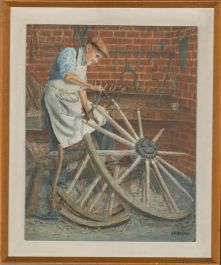 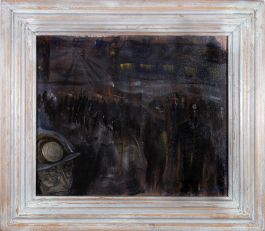 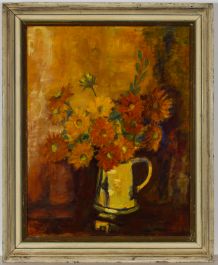 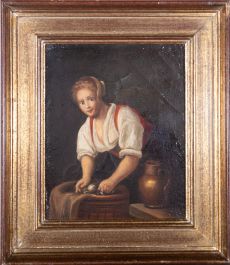 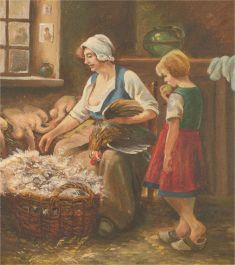