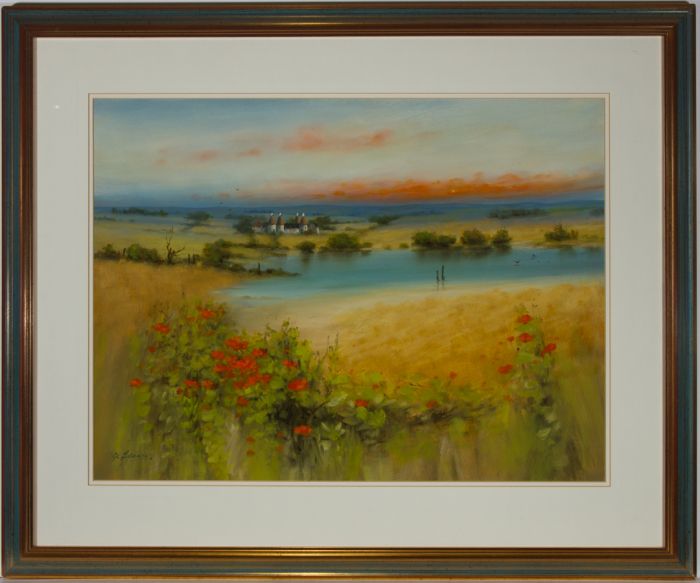 Skip to the beginning of the images gallery
Be the first to review this product
Out of stock
Code:
kq406

A large framed atmospheric landscape oil by the Scottish artist George Craig Spence,depicting poppy fields and distinctive oast houses on the South Downs in Kent. The artist has signed the painting to the lower left and also on the reverse. This wonderful painting is well presented in a double card mount and gilt frame. Signed. On canvas board.

Small spots of discolouration to the left margin, but overall in good condition. Very minor scuffing to frame.

George Craig Spence was born in Glasgow, Scotland and studied stained glass at the Glasgow School of Art.|

Taking up a position as a graphic designer in 1959 in Toronto, Canada and later in New York, he renewed his interest in music and became a professional musician upon his return to London in 1959.

He returned to painting professionally in 1971 and has since become well known for his florals and unusual landscapes with floral foregrounds. The latter have a most recognisable style offering an extensive depth of field from the flowers through to distant fields and hills beyond.

Eight of his works have been published in print form by one of the Country’s leading art publishers. 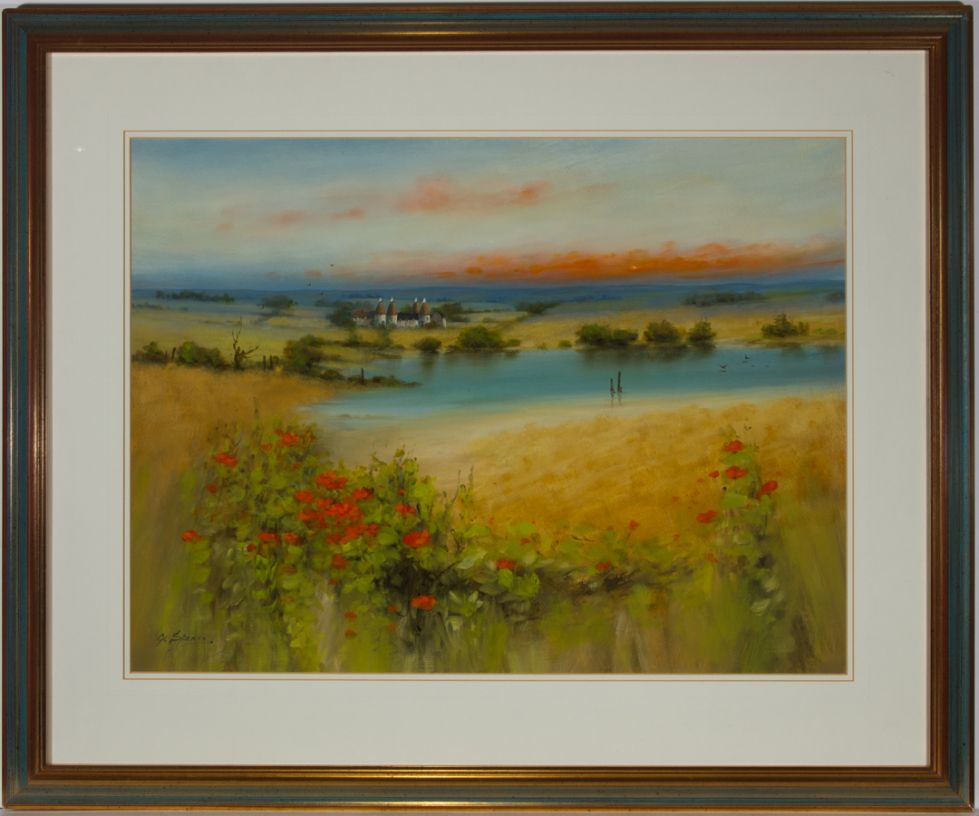 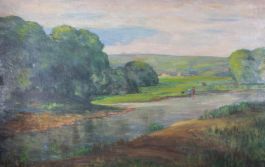 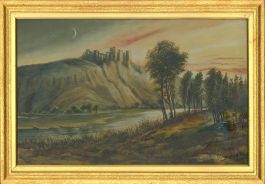 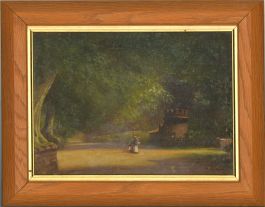 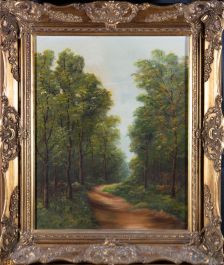 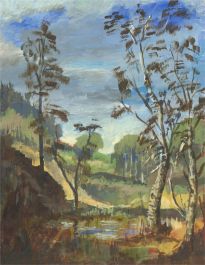