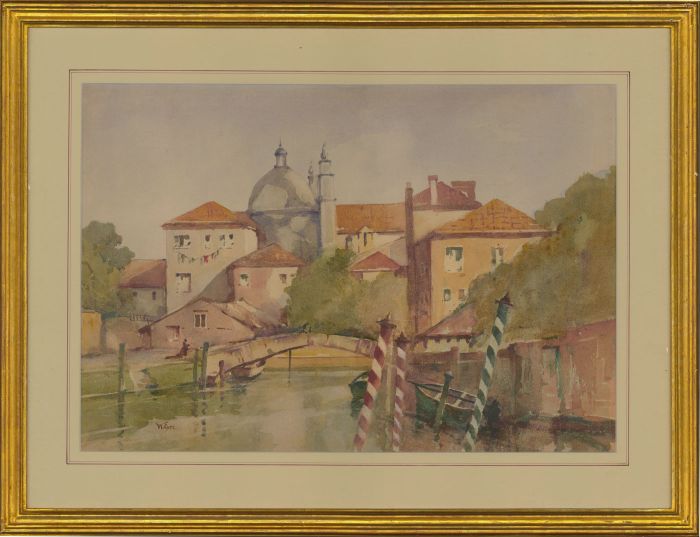 Skip to the beginning of the images gallery
Be the first to review this product
Out of stock
Code:
kj196

A stunning Venetian river scene in Eyre's distinctive painterly style. The watercolour medium is enacted with a comparatively diluted texture in this Venetian study. This allows Eyre's to capture the reflective river and surrounding street scenes with a watery, rather ambiguous ambience. This is a fine example of Eyre's ability to take elements from public characterisations of the space and enact this directly onto paper. An ability to represent sensation within a landscape or street scene is what really separates Eyre's work from his contemporaries. Ever concerned with the modern, Eyre's awareness of art historical conventions resonate beautifully in his depiction of this historically important city. Titled 'Canal Scene, Venice with Chiesa dei Gesuiti'. Impressively presented in a cream mount and modern gilt frame.

Provenance: no. 5 in the James Harvey British Art exhibition catalogue.

There are some light scuff marks to the frame. Overall the appearance is very good. 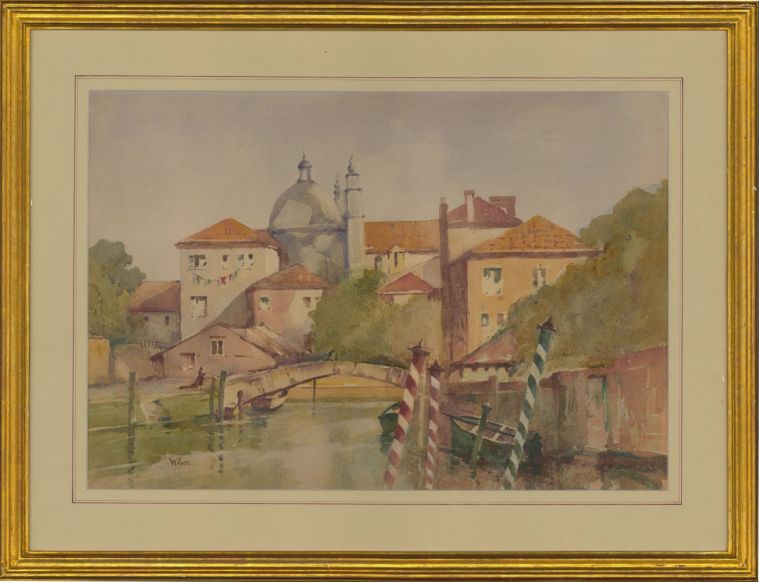 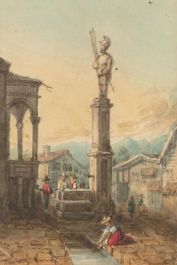 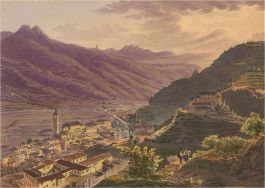 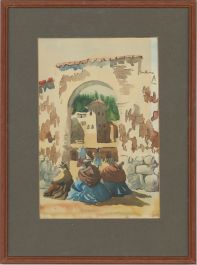 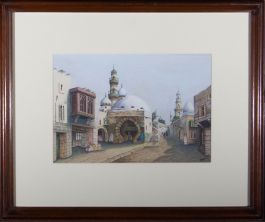 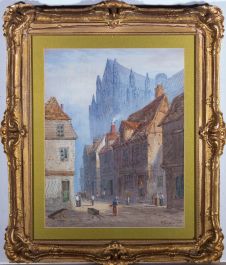