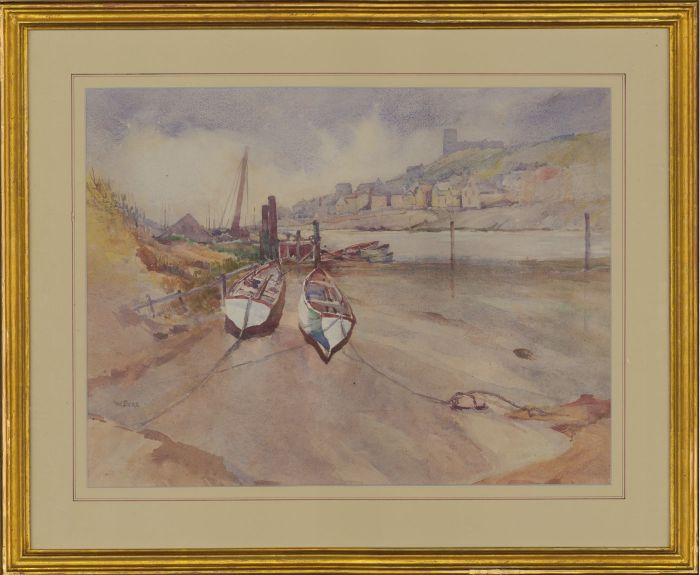 Skip to the beginning of the images gallery
Be the first to review this product
In stock
Code:
kj194

A stunning coastal scene in Eyre's distinctive painterly style. Using thin layers of watercolour wash to pick up texture in the paper gives the piece a hazy, nostalgic quality. Eyre utilises this technique in a number of his watercolour studies, his tendency towards the romantic ever present in his work. This is further emphasised through Eyre's use of scratched highlights and muted burgundy tones. Touching on the folksy elements of the scene, Eyre's revisualises the traditional British fishing village. Beautifully presented in a cream mount and modern gilt frame.

Provenance: no. 47 in the James Harvey British Art exhibition catalogue.

There are a few very minor foxing spots to the upper right corner. Overall the appearance is very good. 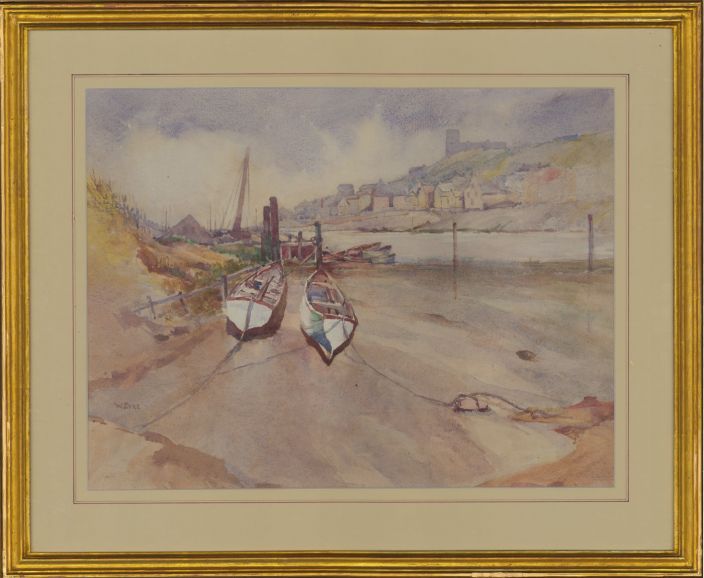 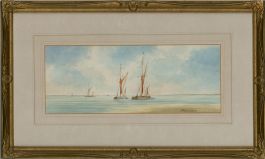 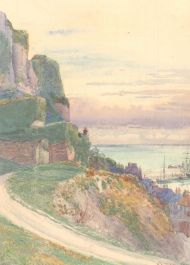 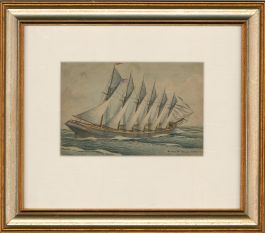 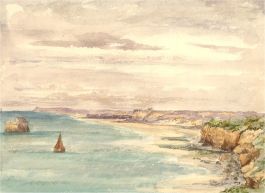 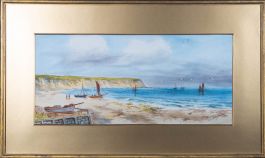