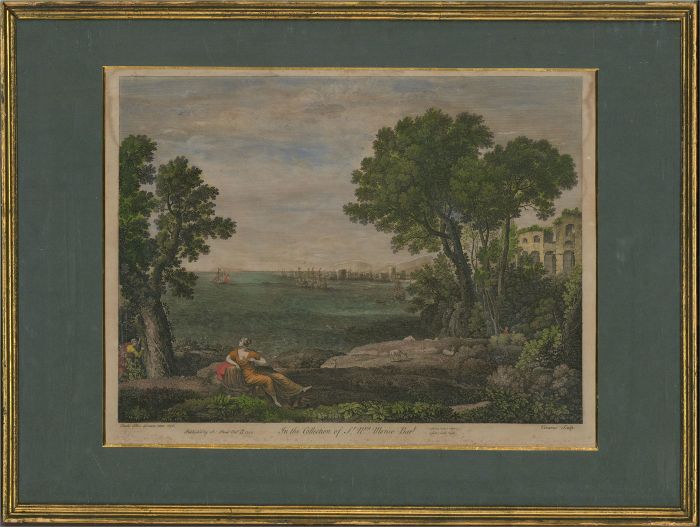 Skip to the beginning of the images gallery
Be the first to review this product
In stock
Code:
qs018

A hand-coloured engraving depicting the mythological figures of Bacchus and Ariadne by Francois Vivares (1709-1780) after a 1656 painting by Claude Lorrain (1600-1682), also known as Claudio Gillee Lorense, among other names. In a similar vein to Titian's 'Bacchus and Ariadne' (1520-1523), Ariadne can be seen abandoned on the island of Naxos, deserted by her lover Theseus, whose ship sails away in the distance. She is discovered on the shore by the god Bacchus who falls in love with her on sight. Presented glazed in a blue mount with a gold inner edge and a distressed gilt-effect wooden frame. Inscribed with the names of the artists in plate to the lower edge and the original publication date of 1742. There are identical impressions, minus the hand colouring, in the collections of the British Museum and Royal Academy. On wove.

There is some discolouration, primarily to the upper quarter. There is a crease measuring 9cm extending from the centre of the upper edge. Overall well-presented and in good condition for its age.

Francois Vivares (1709-1780) was a French landscape-engraver, active in England. He was born in France at Saint-Jean-du-Bruel, near Montpellier, on 11 July 1709, and brought up in Geneva. At the age of eighteen he moved permanently to London. He took on Peter Paul Benazech as an apprentice in 1746. Vivares exhibited engravings with the Incorporated Society of Artists in 1766 and 1768. During the last thirty years of his life, he resided in Great Newport Street, central London, where he kept a print shop. There he died on 28 November 1780, and was buried in Paddington churchyard. He was married three times and had 31 children. His son Thomas Vivares also worked as an engraver. His plates number about 160 and were largely published by John Boydell. Many were from the old masters: Claude, Gaspar Poussin, Il Bolognese, VanderMeer, and Cuyp; but a large proportion of them are views of English scenery after Thomas Gainsborough, Wootton, Thomas Smith of Derby, the Smiths of Chichester, and others. Claude's Enchanted Castle he left unfinished at his death, and it was completed by William Woollett. There is a portrait of Vivares, engraved by himself and James Caldwell. 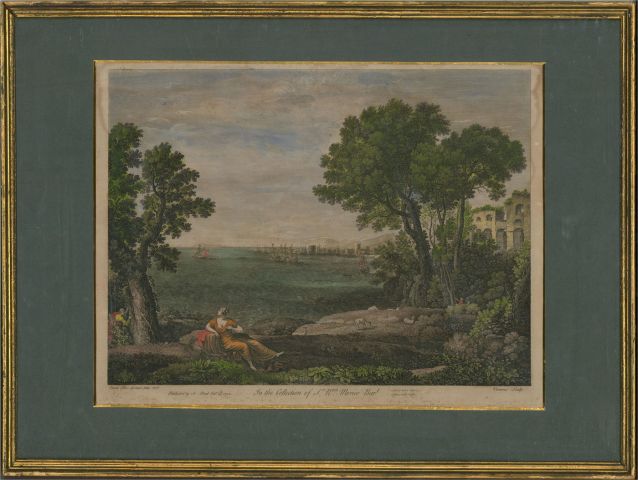 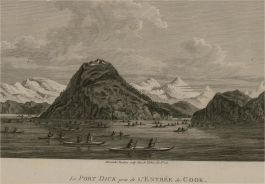 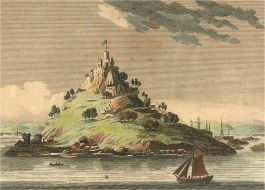 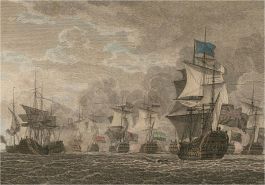 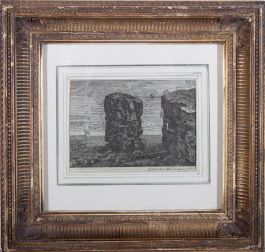