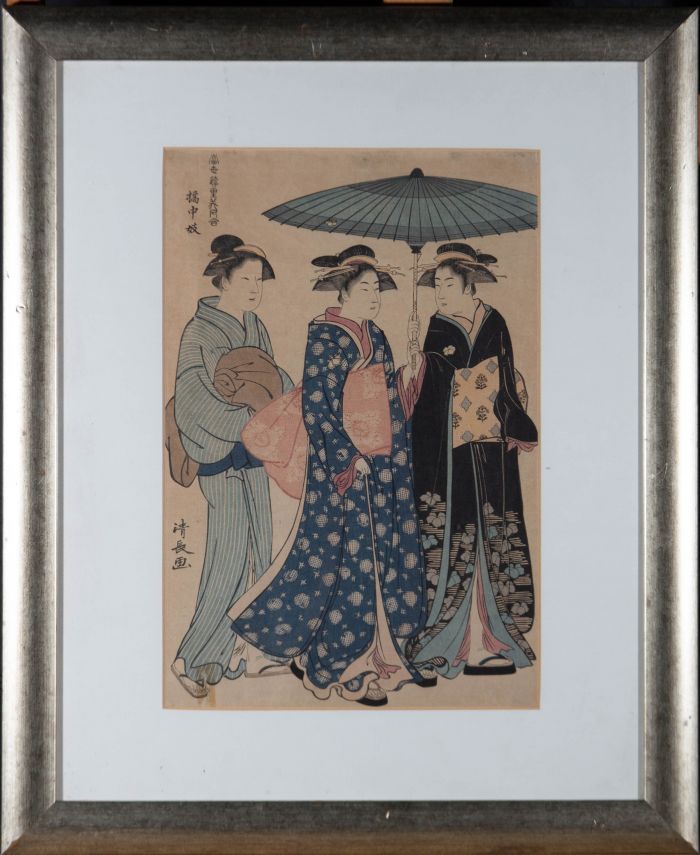 Skip to the beginning of the images gallery
Be the first to review this product
In stock
Code:
qo973

A wonderfully intricate woodblock by the 18th Century Japanese artist. Torii Kiyonaga. The scene shows two geisha strolling together around Tanaka Castle (as stated in the inscription, upper left) under a parasol with their lady in waiting following behind. The geisha have wonderfully elaborate yakata and kimono, tied with richly patterned obi belts. The number of wooden hairpins denotes their high rank as woman of society.

This scene is from Kiyonaga's series entitled "Mirror Of Women's Customs" and was a portrait of high class women of the period. The series was published circa 1788.

The woodblock is presented in a contemporary silvered frame with white card mount.

The condition is typical for a picture of this age including some discolouration. There is some light creasing at the upper third and a tear at the lower left corner that has been repaired. The adhesive of the repair has discoloured.

Torii Kiyonaga (Japanese: 鳥居 清長; 1752 – June 28, 1815) was a Japanese ukiyo-e artist of the Torii school. Originally Sekiguchi Shinsuke, the son of an Edo bookseller, from Motozaimokuchō Itchōme in Edo, he took on Torii Kiyonaga as an art name. Although not biologically related to the Torii family, he became head of the group after the death of his adoptive father and teacher Torii Kiyomitsu.
The master Kiyomitsu died in 1785; since his son died young, and Kiyotsune, Kiyonaga's senior, was a less promising artist, Kiyonaga was the obvious choice to succeed Kiyomitsu to leadership of the Torii school. However, he delayed this for two years, likely devoting time to his bijin-ga and realizing the immense responsibility that would fall on his shoulders once he took over the school. Thus, in 1787, he began organizing the production of kabuki signboards and the like, which the school held a near monopoly on. He also began to train Kiyomitsu's grandson, Torii Kiyomine, who was to succeed him. 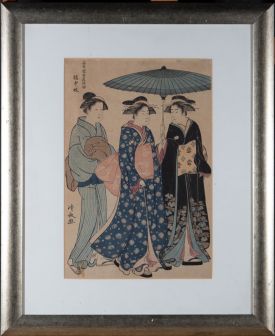 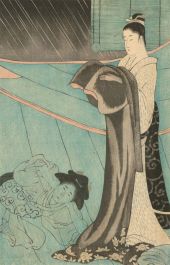 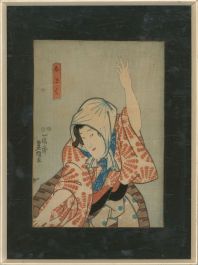 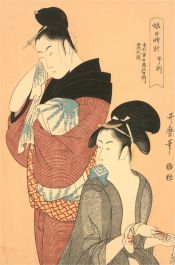 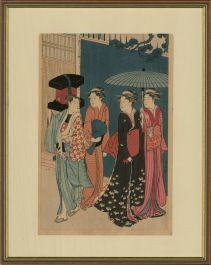 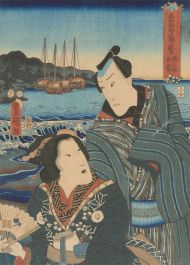