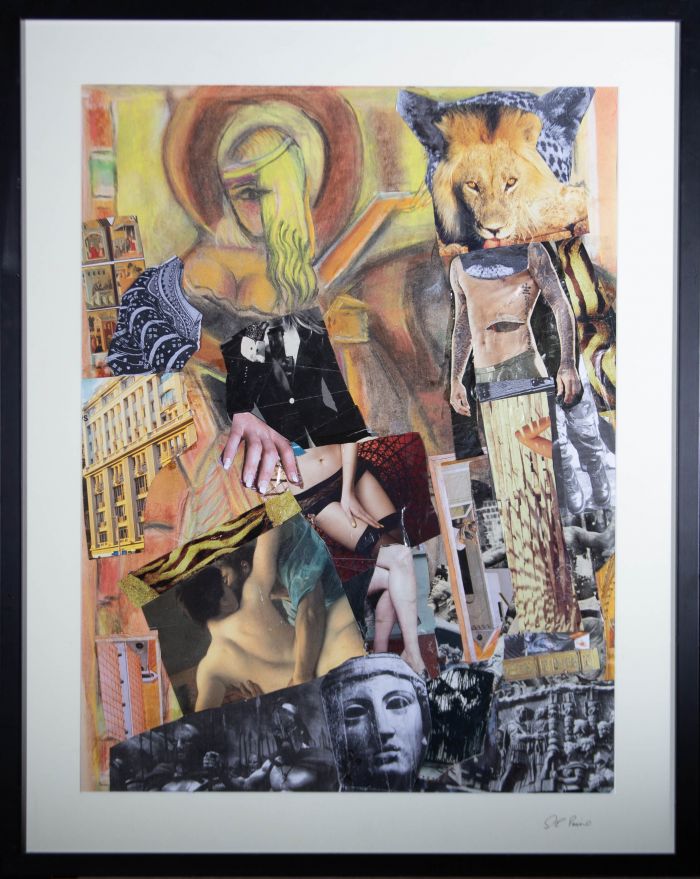 Skip to the beginning of the images gallery
Be the first to review this product
In stock
Code:
qd036

A striking collage with hand drawn elements. The collage shows two semi abstracted characters, an overtly sexual and seductive female character and a male, depicted with a lion's head. The collage contains architectural and historical references mixed with contemporary cultural imagery. The collage is presented in a contemporary black frame with a cream card mount which the artist has signed. The frame is completed with glazing. On paper collage.

In fine condition. The frame has minor surface scuffing. 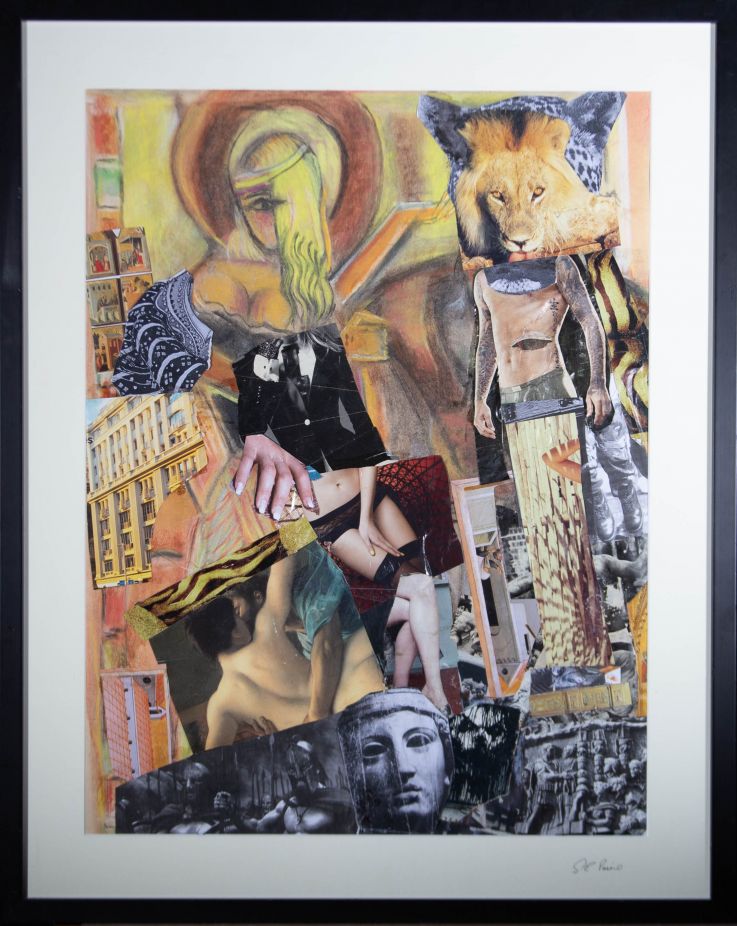 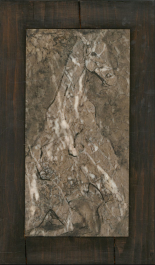 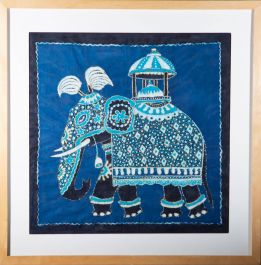 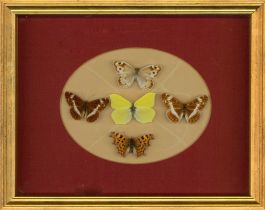 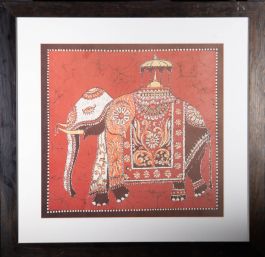 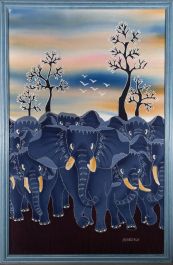