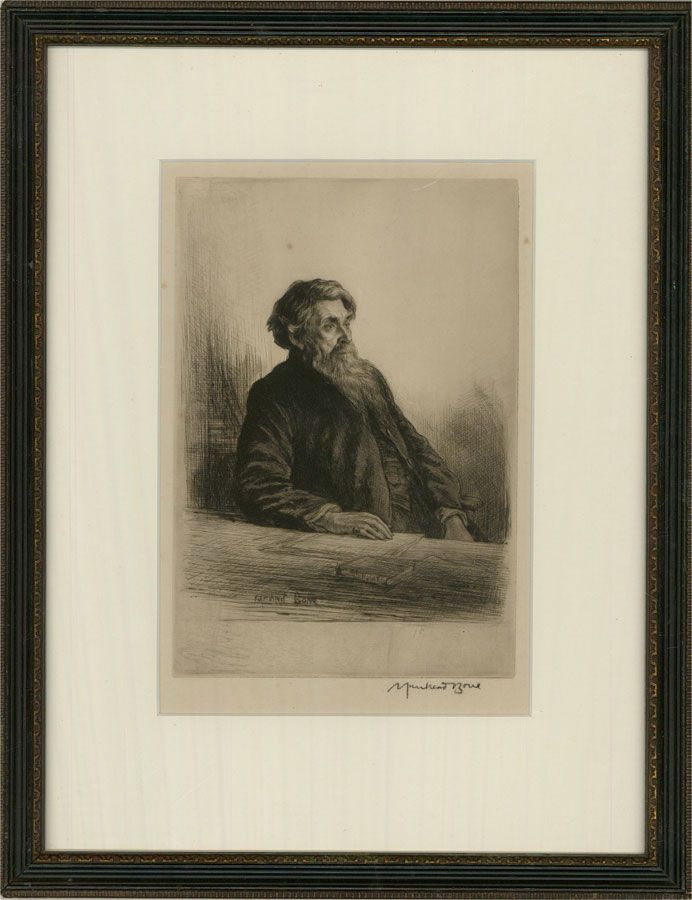 Skip to the beginning of the images gallery
Be the first to review this product
In stock
Code:
qv103

A rare and highly accomplished drypoint etching by the Scottish etcher and war artist during both world wars, Sir Muirhead Bone (1876-1953), of Rev. Dr. Herbert Armitage James (1844-1931), the headmaster of Rugby School from 1895-1909. James left Rugby School in 1909 to become President of St John's College, Oxford, a position he held until his death twenty-two years later. Presented glazed in a clean white mount and a black Hogarth-style frame. Signed in plate to the lower-left corner and signed in graphite to the lower-right edge. On laid.

The condition is typical for a picture of this age including some mild foxing. There has been a repair to a split in the substrate at the plate line in the upper-right corner. There are some minor chips and dents to the frame. Overall in well-presented and very good condition.

Sir Muirhead Bone (1876-1953) was a Scottish etcher and watercolourist who became known for his depiction of industrial and architectural subjects and his work as a war artist in both the First and Second World Wars. Bone was an active member of both the British War Memorials Committee in the First World War and the War Artists' Advisory Committee in the Second World War. He promoted the work of many young artists and served as a Trustee of the Tate Gallery, the National Gallery, and the Imperial War Museum.

Bone was born in Partick, Glasgow. He studied and qualified as an architect and during this time he befriended the artist Francis Dodd and his sister Gertrude Helena Dodd, to whom he became engaged in 1898. he subsequently turned to art and produced his first set of Glasgow etchings in 1898, inspired by the example of Meryon and Whistler. These prints introduced him to London circles and he began exhibiting at the NEAC and later with the Society of Twelve and the Society of Twenty-Five Painters. In 1901 he moved to London, and in 1902 held his first solo exhibition at the Carfax Gallery. His architectural compositions, recording London's development into a metropolis, and the publication, in 1909, of Campbell Dodgson's catalogue raisonne of his prints made him the most sought-after printmaker after Whistler during the first quarter of the 20th century.

He was appointed Official War Artist in 1916 and again in 1939. He exhibited at the Ipswich Fine Art Club in the early 1930's and was knighted in 1937 for services to art. He was the father of Stephen Bone and through his wife, a brother-in-law to artist Francis Dodd. The most important collections of his work are those in the British Museum, the Hunterian Art Gallery, Glasgow, the IWM, McLean Museum and Art Gallery, Greenock, Sheffield Art Gallery, Tate Gallery and the Boston Public Library, Massachusetts, USA. Bone who was a member of the Art Workers' Guild died in Oxford. 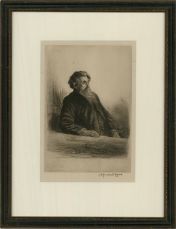 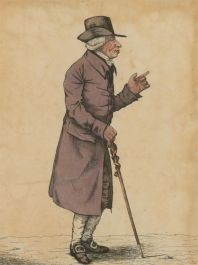 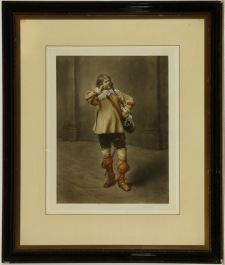 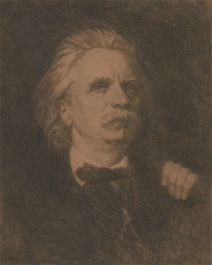