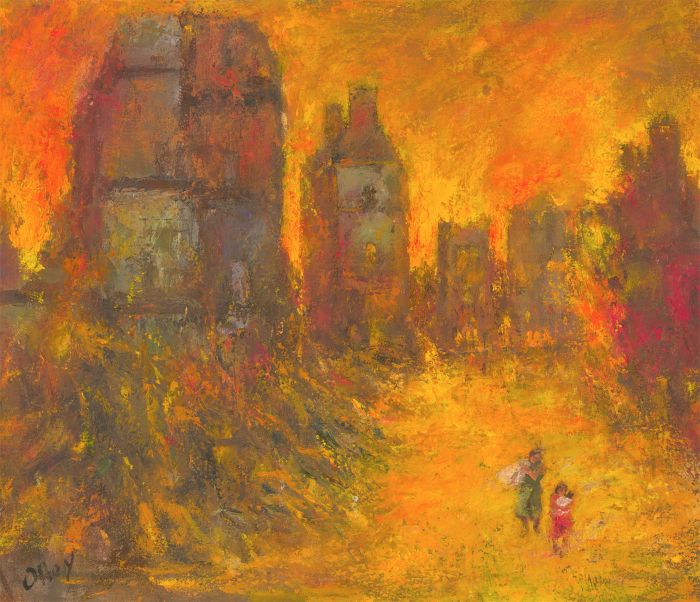 Skip to the beginning of the images gallery
Be the first to review this product
Out of stock
Code:
km139

An evocative and fiery work by the British listed artist Ronald Olley (b.1926), depicting a bombed street with ruined buildings towering above two figures in a fiery landscape. The work captures all the devastation of the blitz bombing, with two female figures carrying goods and seemingly getting on with daily life in a violently changed environment. Olley used his own experience of the Second World War in his war scenes, and this is evident here, in the way he achieves an overall post-impressionist style alongside detail and drama.

Signed to the lower left corner.

In fine condition overall. Some scuffing to the corners of the canvas. Inspection under UV light reveals no restoration. 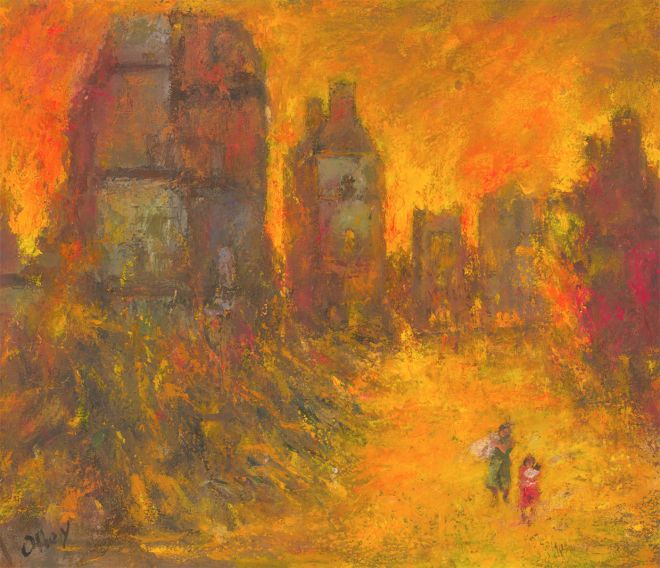 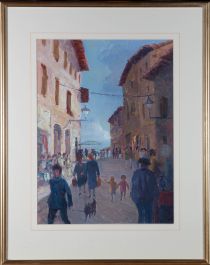 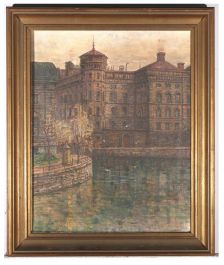 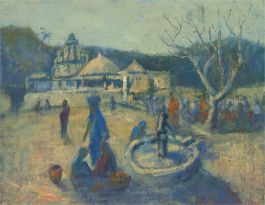 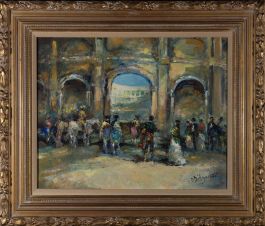 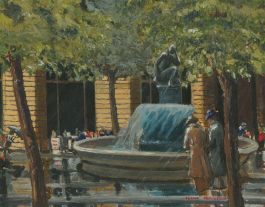