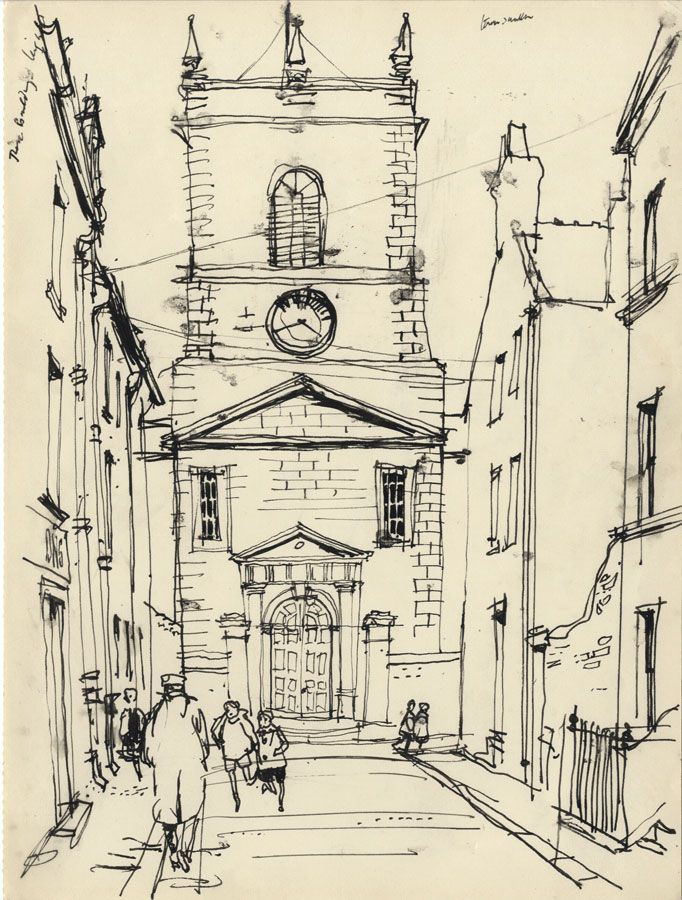 Skip to the beginning of the images gallery
Be the first to review this product
Out of stock
Code:
nb975

Paul Sharp - Original Mid 20th Century Pen and Ink Drawing. Set of two drawings: exterior of Asprey of London and a London church Unsigned. In fine condition.Paul S. Sharp (1912-1998) was artist first and designer second, with an outstanding ability to bring the two disciplines together. He was pioneering in the field of graphic design and came to prominence in the early 1960s when the profession emerged, combining the elements of typography, illustration and commercial art. Born in Sowerby Bridge, West Yorskhire, he attended Wakefield School of Arts and Crafts, and Leeds College of Art, 1940-1. He was called up to serve in the RAF from 1941-6 as a radar technician. Following his demobilisation he studied at the Royal College of Art, 1946-9, obtaining an ARCA Diploma, and then began teaching at Farnham College of Art, ultimately as Head of the Department of Design. In 1960 he left teaching and became a full-time graphic designer. He became artist in situ at Westerham Press, working on a great variety of projects. His reputation as a gifted watercolour illustrator, artist and printmaker grew and he provided work for clients as diverse as the Paul Mellon Foundation, the National Gallery, the British Road Foundation, Sotheby’s, Taylor Woodrow, Royal Doulton, the Mermaid Theatre and the Science Museum. His distinctive, well-ordered graphic style developed into a personal trademark, his work always demonstrating a formal sense of proportion, careful use of white space and preference for sans serif typefaces. His style illustrates the continuing impact of Bauhaus on mid-twentieth century British design. He had a remarkable ability to catch in a few lines and a few minutes the essence of a building, a landscape or an industrial scene. He could draw through a car window, or under an umbrella in a howling gale. For Nicholson’s Guide to the Thames he drew all of London’s bridges in a day. He carried the British tradition of watercolour, illustration and formal design, in which every detail was meticulously and precisely planned on paper, into the modern world of desktop publishing. He remained a one man design group all his life, imposing a sense of order on books, catalogues, brochures and advertising material of extraordinary diversity. 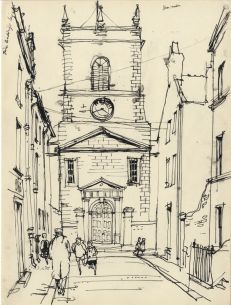 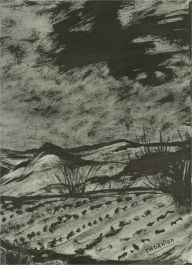 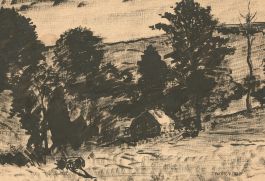 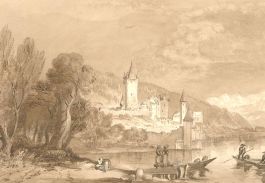 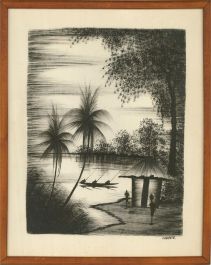 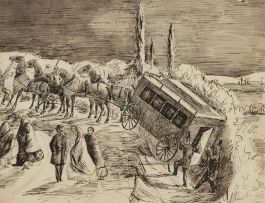