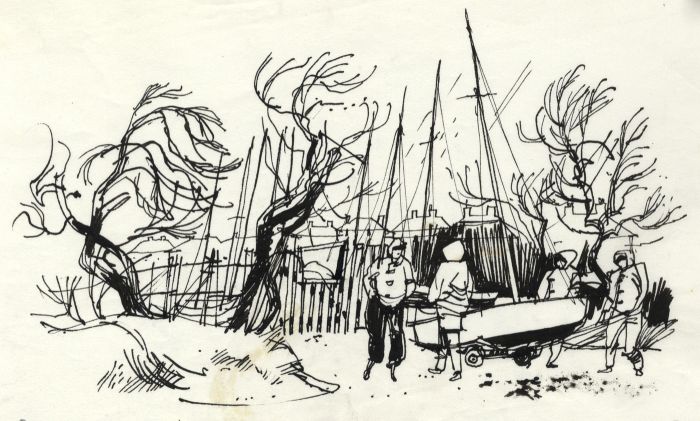 Skip to the beginning of the images gallery
Be the first to review this product
Out of stock
Code:
mf872

Paul Sharp - Original 1964 Pen and Ink Drawing. Page 116. Pale stains as shown. An original pen and ink drawing. This drawing was reproduced in the book "Sailing Tours Thames & SE" edited by Sir Hugh Casson and published by Chatto and Windus for the National Benzole Company in 1964. Paul Sharp did all of the original illustrations for this book. Provenance: from the Paul Sharp studio sale. In fine condition.