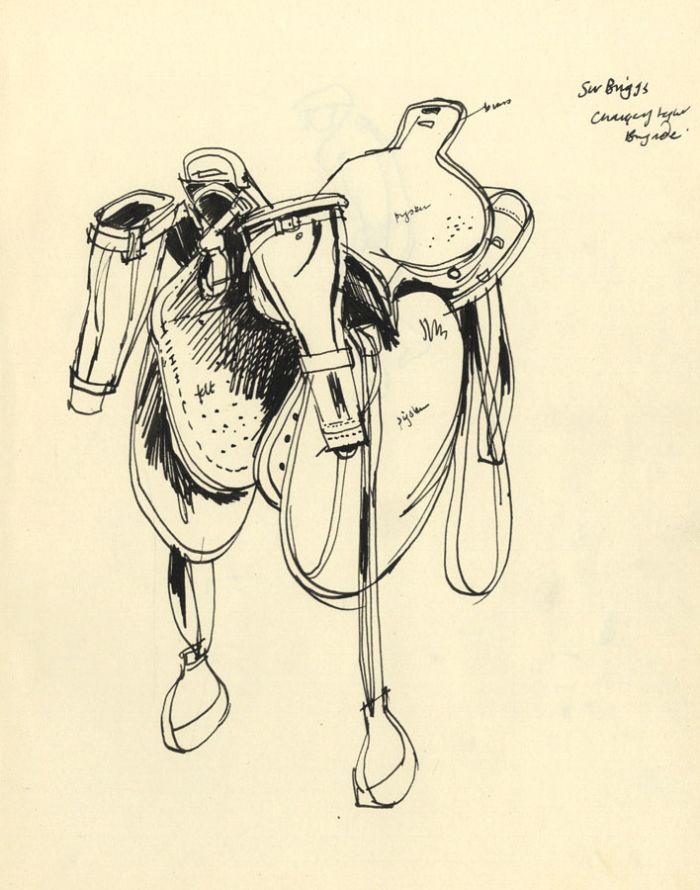 Skip to the beginning of the images gallery
Be the first to review this product
Out of stock
Code:
mf459

Paul Sharp - Original 1962 Pen and Ink Drawing. Saddle of Sir Briggs – horse survivor of the famous Charge of the Light Brigade at the Battle of Balaklava on 25 October 1854. He was named after a family servant, but after showing remarkable bravery during the battle, he was unofficially knighted, 'Sir' Briggs. With a sketch of a man on the reverse. From a sketchbook of drawings by Paul Sharp, with a name plate and labelled 1962. Many of the drawings are related to shipping – notes in the sketchbook suggest Sharpe took a Ben Line trip to Hamburg. Others are urban scenes illustrating German cities, London and Brighton. Provenance: from the Paul Sharp studio sale. In fine condition. 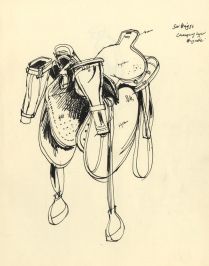