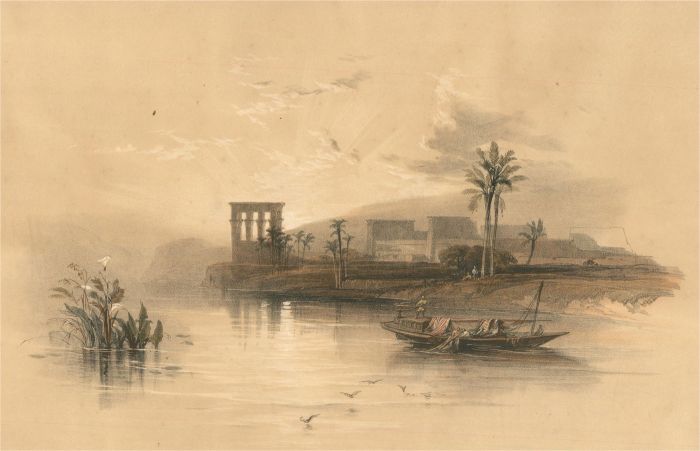 Skip to the beginning of the images gallery
Be the first to review this product
In stock
Code:
qv362

This Lithograph is a scene from the island of Philae, located in Aswan, Egypt on the Nile. Once part of the Egyptian Empire, the island is home an ancient Egyptian temple complex. As the sun sets over the island, Louis Haghe has captured the tranquil waters and beautiful ancient structures in this excellent copy of David Robert's original drawing. Signed to the bottom edge. On wove.

Louis Haghe (1806 -1885) was a Belgian lithographer and watercolourist. His father and grandfather had practised as architects. Training in his teens in watercolour painting, he found work in the relatively new art of lithography when the first press was set up in Tournai. He visited England to find work, and settled there permanently in 1823. Together with William Day (1797-1845), around 1830 he formed the partnership Day and Haghe, which became the most famous early Victorian firm of lithographic printing in London.


Day and Haghe created and printed lithographs dealing with a wide range of subjects, such as hunting scenes, architecture, topographical views, and genre depictions. They pioneered the new techniques for chromolithography as well as hand-tinted lithographs. After William's death in 1845, the firm became known as 'Day and Son'. They were pioneers in developing the medium of the lithograph printed in colours.


In 1838, Day and Haghe were appointed 'Lithographers to the Queen'. Possibly his most ambitious project was providing 250 images for David Roberts' 'The Holy Land, Syria, Idumea, Arabia, Egypt, and Nubia' printed between 1842-1849.


From the mid-1850s Haghe concentrated more on his watercolours, and gained a reputation for his architectural scenes of northern Europe, with his pictures bought and displayed by the Victoria and Albert Museum. He also painted in oils, which were exhibited at the British Institution. He became president of the New Society of Painters in Water Colours from 1873 to 1884. 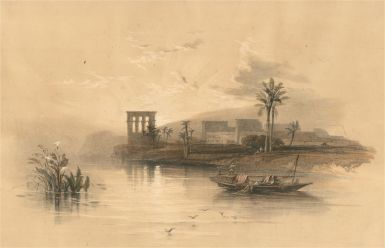 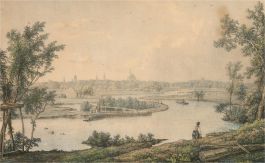 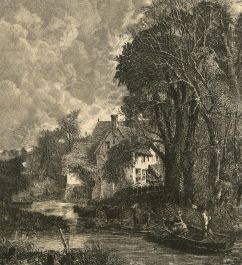 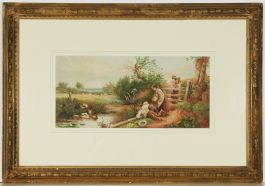 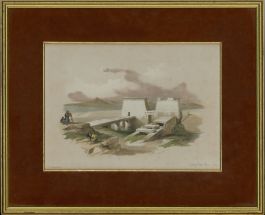 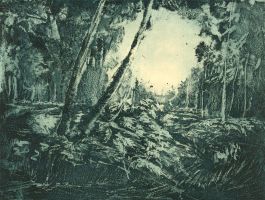