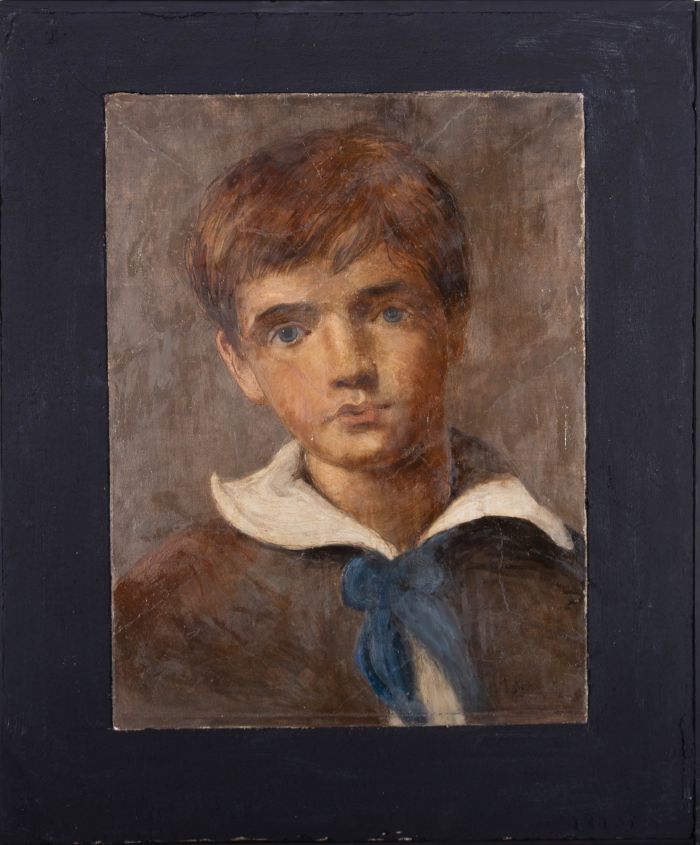 Skip to the beginning of the images gallery
Be the first to review this product
In stock
Code:
rd441

Sulis Fine Art is pleased to present this engaging mid 19th Century portrait by an artist with an incredibly rich and influential history. Joseph Severn, close personal friend of John Keats and the last person to be with him in his dying months, was an ally and influence among the great poets and artists of the 19th Century including Keats, Shelley, and sculptors Gibson and Canova.

This delicate and characterful portrait shows a young boy with soft blue eyes, wearing a soft collared linen smock shirt with blue neckerchief. His head, tilted slightly to one side, adds to his quiet inquisitive nature. The painting has been removed from a fresco wall and is on heavy plaster. Severn's technique, when painting frescoes, of drawing out the initial design in heavier graphite line work, can be seen in the lips and outline of the boys face.

The artist has signed and dated to the lower right corner. There is also a faint inscription, likely to be the location as this is the typical format Severn inscribed his work with. The date, 1844, indicates that this painting was painted after Severn's return to England, several years after the death of his dear friend, John Keats.

The plaster panel has been set in concrete and presented in a thin frame, painted an attractive and complimentary blue.

The fresco panel has had a substantial amount of cracking when removed from the original wall. The cracks run across a large area of the surface and have been delicately and skillfully restored, although they are still somewhat noticeable. There is an area of light streaking to the paint round the boy's neck. There is a deep horizontal line a,long the lower edge. The surrounding concrete is textured.

Joseph Severn (7 December 1793 – 3 August 1879) was an English portrait and subject painter and a personal friend of the famous English poet John Keats. He exhibited portraits, Italian genre, literary and biblical subjects, and a selection of his paintings can today be found in some of the most important museums in London, including the National Portrait Gallery, the Victoria and Albert Museum and Tate Britain.
Severn was born at Hoxton, near London, and apprenticed at the age of 14 to William Bond, an engraver. In 1815, he was admitted to the Royal Academy Schools in London and exhibited his first work in oil, a portrait miniature, "J. Keats, Esq", in the Royal Academy Exhibition of 1819. He probably first met the poet John Keats in the spring of 1816. In 1819, Severn was awarded the gold medal of the Royal Academy for his painting Una and the Red Cross Knight in the Cave of Despair which was inspired by the epic poem The Faerie Queene by Edmund Spenser.
On 17 September 1820, Severn set sail onboard the Maria Crowther from England to Italy with the famous English poet John Keats. Keats and Severn had known one another in England, but they were only passing acquaintances. Yet it was Severn who agreed to accompany the poet to Rome when all others could, or would, not. The trip was intended to cure Keats's lingering illness, which he suspected was tuberculosis; however, his friends and several doctors disagreed and urged him to spend some time in a warm climate. After a harrowing voyage, they arrived in the Bay of Naples on 21 October, only to be placed in quarantine for ten days. The two men remained in Naples for a week before heading off to Rome in a small carriage, where they arrived mid-November 1820 and met Keats's physician, Dr. James Clark. In Rome they lived in an apartment at number 26 Piazza di Spagna, just at the bottom right of the Spanish Steps and overlooking Bernini's famous Barcaccia fountain.
While in Rome during the winter of 1820-21, Severn wrote numerous letters about Keats to their mutual friends in England, in particular William Haslam and Charles Armitage Brown, who then shared them with other members of the Keats circle, including the poet's fiancée, Fanny Brawne. These journal-letters now represent the only surviving account of the poet's final months and as a consequence are used as the primary historical source for biographers of Keats's last days.
Severn nursed Keats until his death on 23 February 1821, three months after they had arrived in Rome. He was later thanked for his devotion by the poet Percy B. Shelley in the preface to his elegy, Adonais, which was written for Keats in 1821. Severn was also instrumental in helping to found the British Academy of the Fine Arts in Rome.
In 1828 Severn married Elizabeth Montgomerie. Together they had seven children, three of whom became noteworthy artists: Walter and Arthur Severn, and Ann Mary Newton
Severn died on 3 August 1879 at the age of 85, and was buried in the Protestant Cemetery alongside John Keats. Both gravestones are still standing today. Shelley and Trelawny are also buried side by side in the same Cemetery. Severn is best known for his many portraits of Keats, the most famous being the miniature portrait in The Fitzwilliam Museum (1819), the pen-and-ink sketch, Keats on his Deathbed (1821), in the Keats-Shelley house, Rome, and the oil painting of the poet reading, John Keats at Wentworth Place (1821–23), in the National Portrait Gallery. 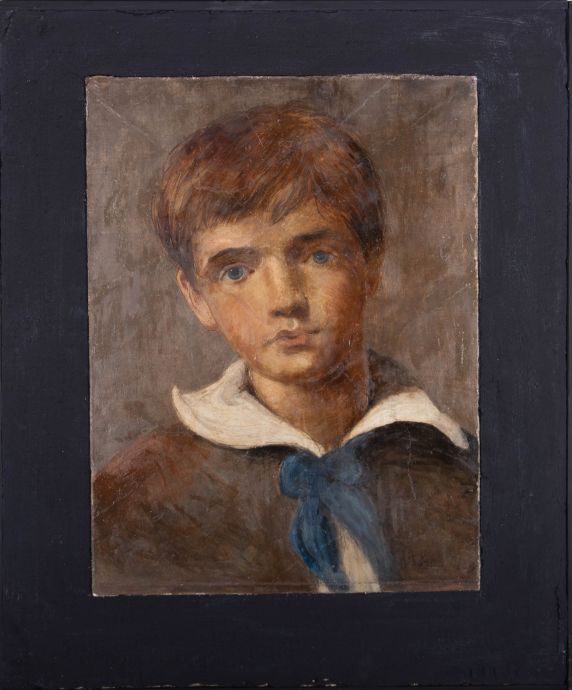 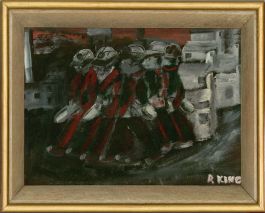 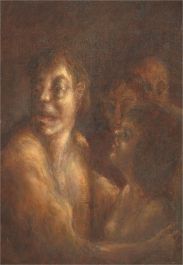 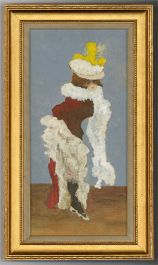 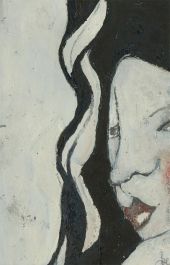 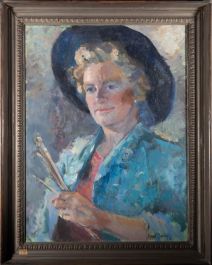