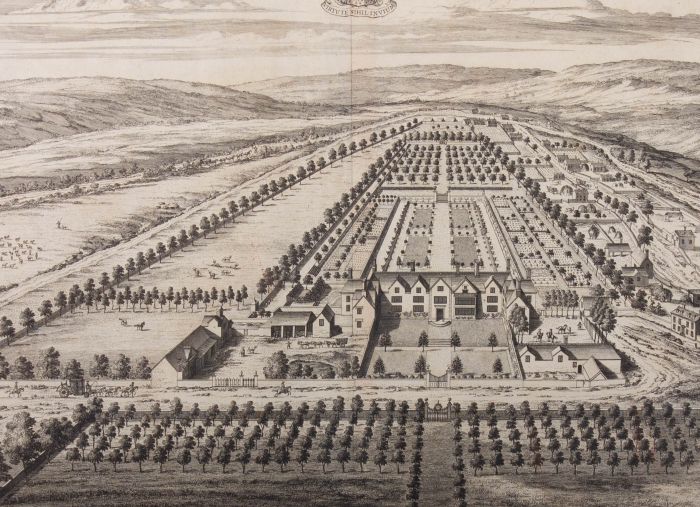 Skip to the beginning of the images gallery
Be the first to review this product
In stock
Code:
ra860

A topographical engraving of Maugersbury in Gloucestershire by Johannes 'Jan' Kip (c.1652-1722). From 'The Ancient and Present State of Gloucestershire 'by Sir Robert Atkyns, published in 1712 and reprinted in 1768. Numbered 37 in plate to the upper-right edge which identifies the impression as part of the original 1712 publication. Signed in plate to the lower-right edge. On laid.

There is some foxing. There is a centrefold crease and some mild creases to the corners.

Johannes 'Jan' Kip (c.1652-1722) was a Dutch draftsman, engraver and print dealer. Together with Leonard Knyff, he made a speciality of engraved views of English country houses. Kip was a pupil of Bastiaen Stopendaal (1636-1707), from 1668 to 1670, before setting up on his own; his earliest dated engravings are from 1672. In April 1680, at the age of 27, he married Elisabeth Breda in Amsterdam. After producing works for the court of William of Orange in Amsterdam, Kip followed William and Mary to London and settled in St John Street in Farringdon, where he conducted a thriving print selling business. He also worked for various London publishers producing engravings after such artists as Francis Barlow (c.1626-1704) and Caius Gabriel Cibber (1630-1700), largely for book illustrations. He made several engraved plates for Awnsham & John Churchill's 'A Collection of Voyages & Travels' (first published 1704). He signed the African scenes in volume V of the 1732 edition as 'J. Kip'.

The linked careers of Jan Kip and Leonard Knyff made a specialty of engraved views of English country houses, represented in detail from the bird's-eye view, a pictorial convention for topography. Their major work was 'Britannia Illustrata: Or Views of Several of the Queens Palaces, as Also of the Principal seats of the Nobility and Gentry of Great Britain, Curiously Engraven on 80 Copper Plates', London (1707, published in the winter of 1708-9). The volume is among the most important English topographical publications of the 18th century. Architecture is rendered with care, and the settings of parterres and radiating avenues driven through woods or planted across fields, garden paths, gates, and tool sheds are illustrated in detail. The images are staffed with figures and horses, coaches pulling into forecourts, watercraft on rivers, in line with the traditions of the Low Countries. Some of the plates are in the Siennese 'map perspective'. 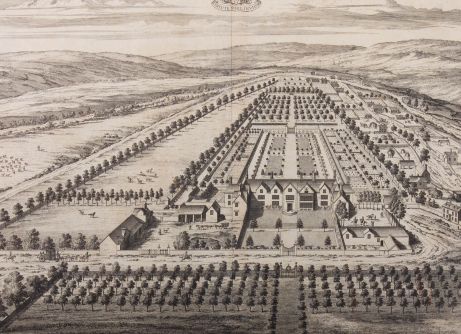 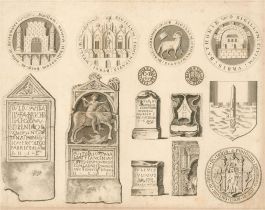 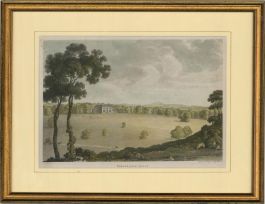 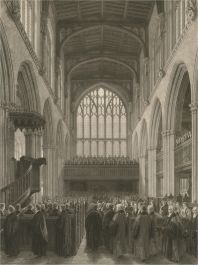 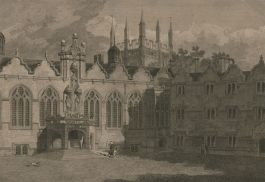 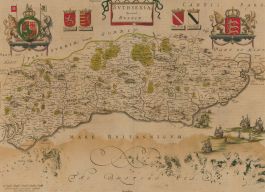