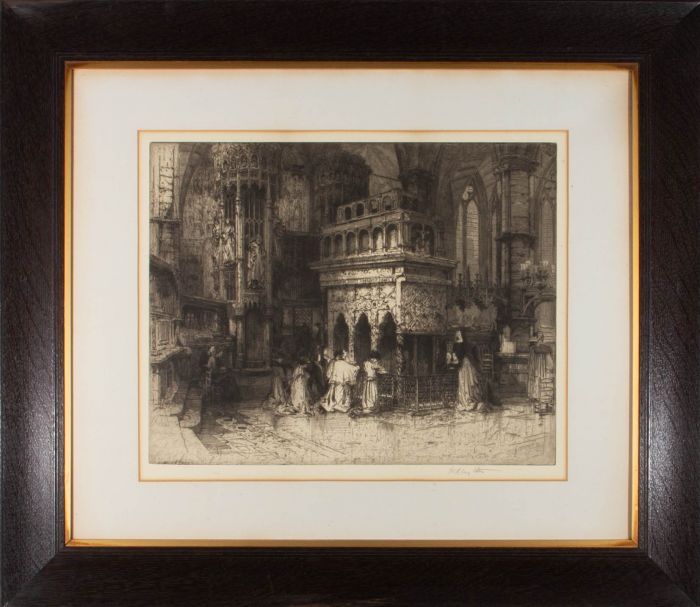 Skip to the beginning of the images gallery
Be the first to review this product
Out of stock
Code:
qu564

A drypoint etching with plate tone depicting figures gathered around the Shrine of St Edward the Confessor in Westminster Abbey by the esteemed artist Hedley Fitton RE (1857-1929). Presented glazed in a white mount and a substantial oak frame with a gilt-effect slip. Signed in graphite below the plate line at the lower-right edge. Date taken from an identical impression in the British Museum collection. On laid.

The condition is typical for a picture of this age including some minor foxing and discolouration, including to the mount. There has been some restoration to stabilise a crack to the frame at the lower edge. Overall well-presented and in very good condition.

Fitton was born in Didsbury, Manchester, and was a pupil at the Warrington School of Art in Cheshire. He lived in Didsbury in the 1890s, working as editor and illustrator for The Daily Chronicle in Manchester, and around 1898 at Shottermill in Surrey. The rest of his life was spent at Haslemere in Surrey. Fitton was familiar with the old windmills on the southeast coast not far from London and produced a popular etching called 'The Two Mills'. His best known works are 'The Pantheon, Rome' and 'The Rose Window, Notre Dame'. His etchings depict many of the venerated landmarks of the time. 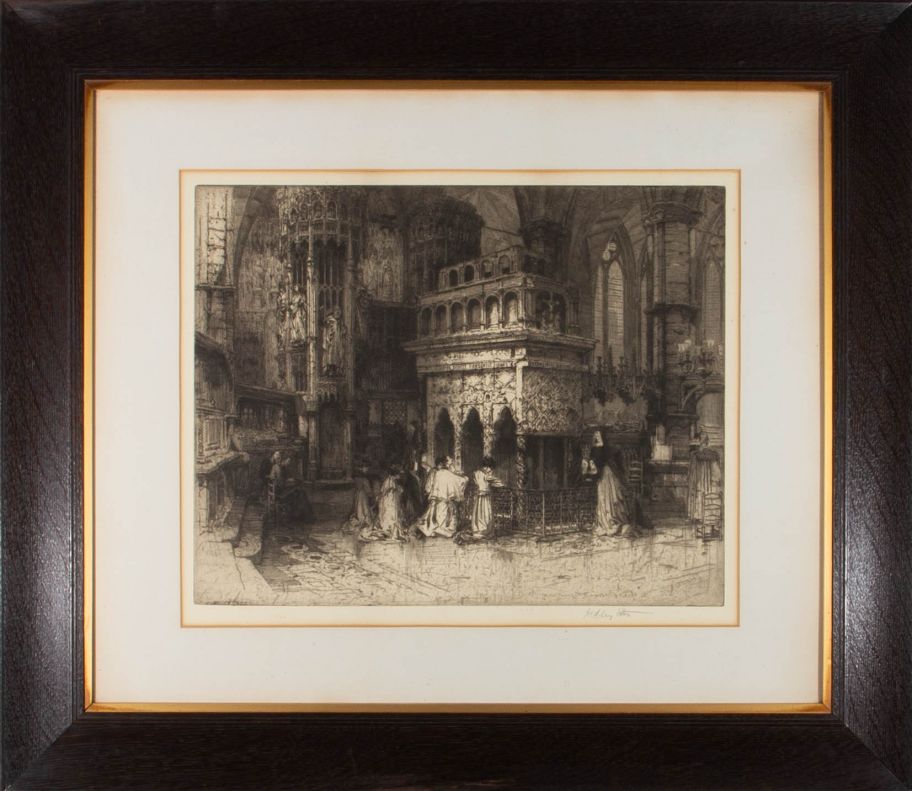 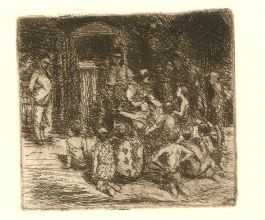 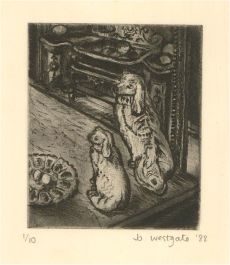 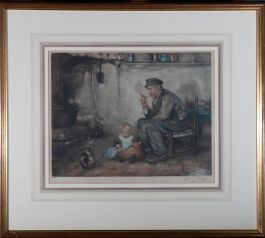