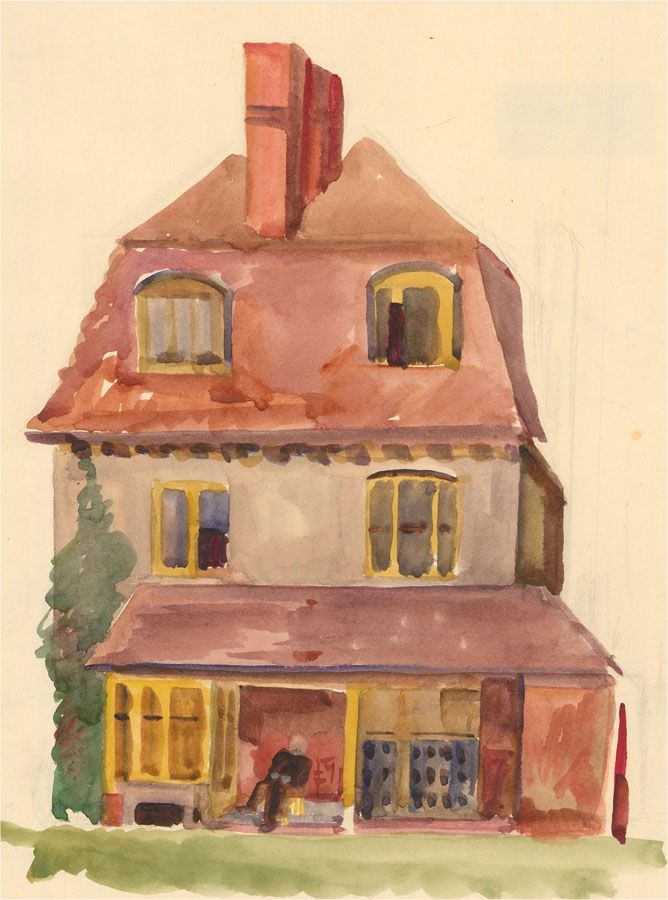 Skip to the beginning of the images gallery
Be the first to review this product
In stock
Code:
qr751

A charming watercolour painting with gouache details by the artist Dorothy Hepworth, depicting a large house with yellow windows and a figure sat by the front porch. Unsigned. On wove.

The condition is typical for a picture of this age including some discolouration and minor surface marks, otherwise in good condition. 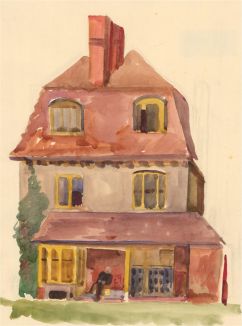 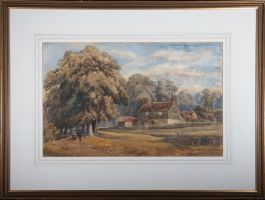 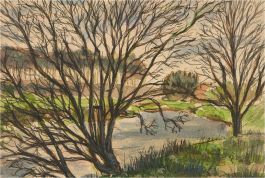 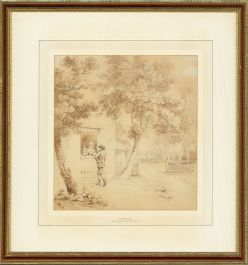 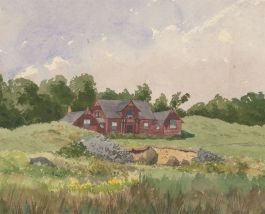 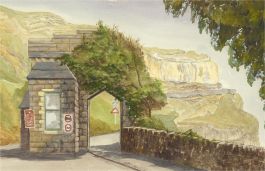