Skip to the beginning of the images gallery
Be the first to review this product
Out of stock
Code:
kj140

A beautifully mastered landscape painted in watercolour and gouache by the 20th century British artist William Eyre. The artist has captured a summer's day in late afternoon with trees edging a lush pool in a clearing. Eyre has captured the rich shadows cast by the tall trees, which saturate the pool in dark green hues. In a style typical of his, Eyre has played with contrasting light and dark within the composition, which breaths life into this rural scene - one can imagine sheltering in the shade of his trees. Signed. On wove.

The painting and frame are both in excellent condition. 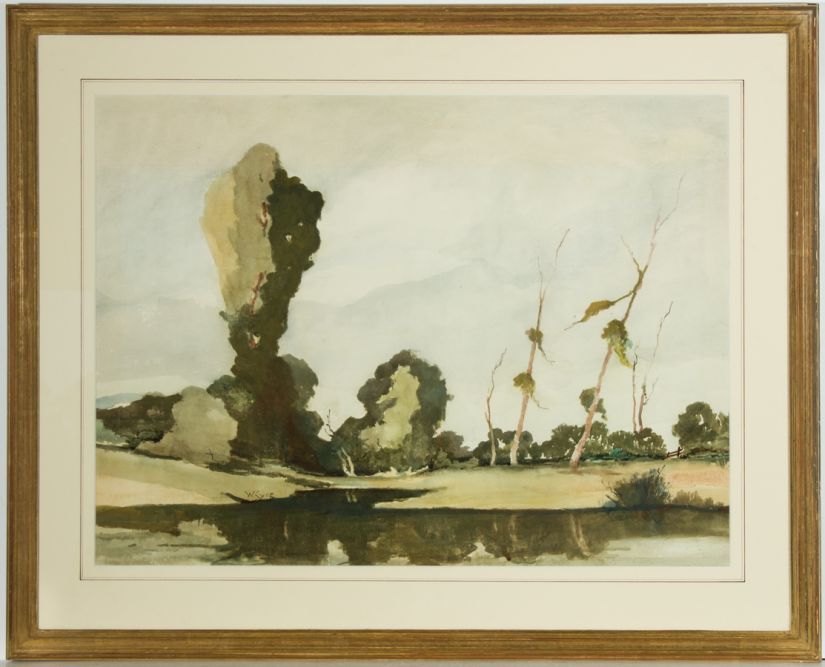 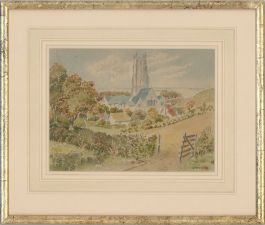 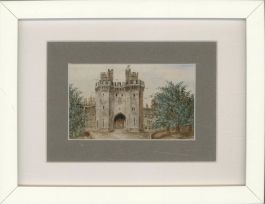