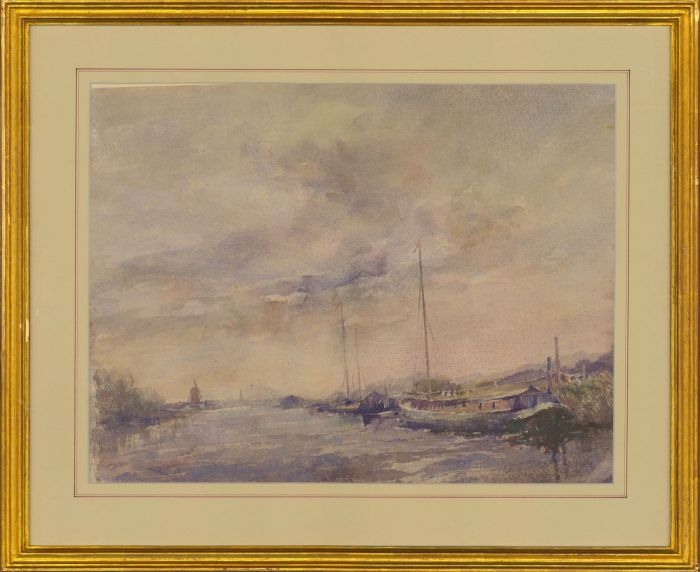 Skip to the beginning of the images gallery
Be the first to review this product
Out of stock
Code:
kj192

A stunning river scene in Eyre's distinctive painterly style. Using thin layers of watercolour wash to pick up texture in the paper gives the piece a hazy, nostalgic quality. Eyre utilises this technique in a number of his watercolour studies, his tendency towards the romantic ever present in his work. It is clear Eyre's felt a deep connection with the natural world, attempting to visualise the tensions present in the landscape. Here the sky becomes Eyre's focal point, allowing him to show the viewer a drama present in the rain laden clouds. Beautifully presented in a cream mount and modern gilt frame.

Provenance: no. 56 in the James Harvey British Art exhibition catalogue.

There is some light discolouration and foxing most visible to the sky area. Overall the appearance is very good. 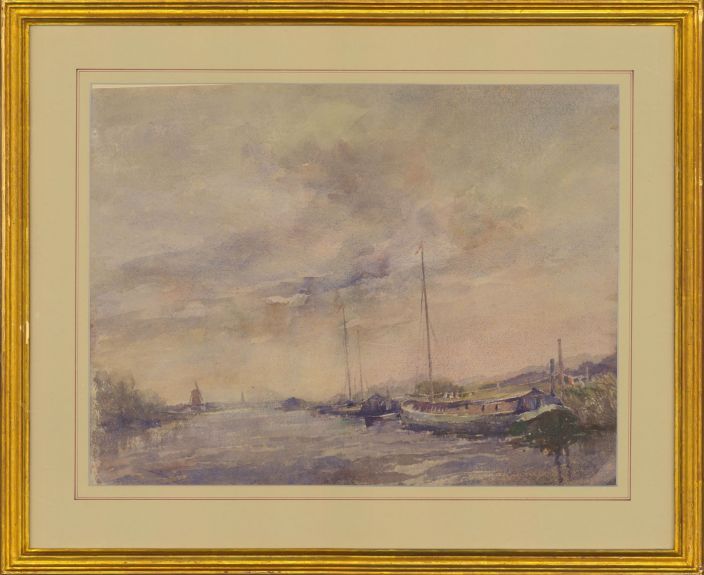 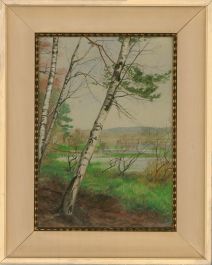 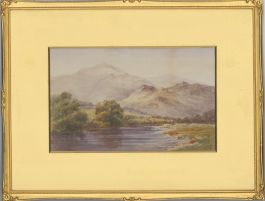 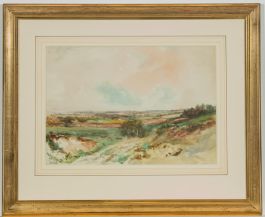 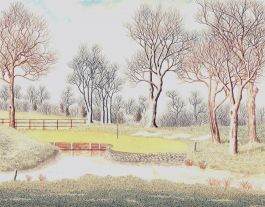 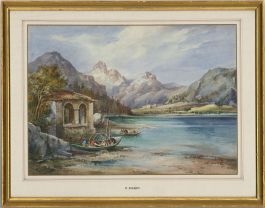