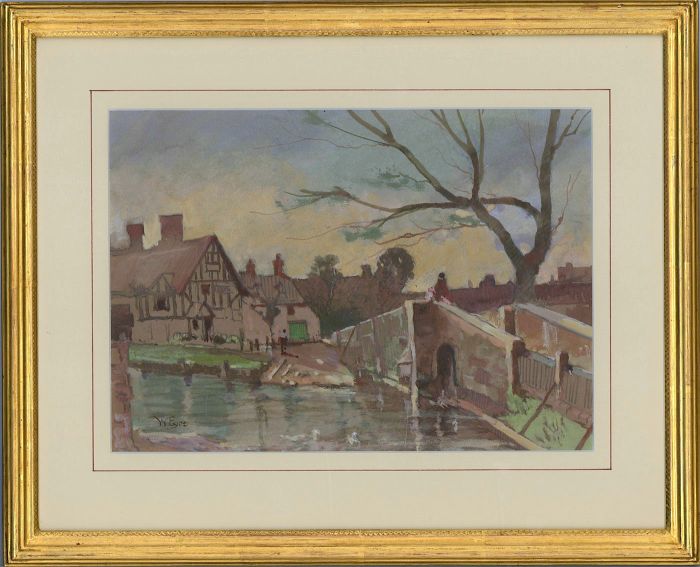 Skip to the beginning of the images gallery
Be the first to review this product
In stock
Code:
kj100

A fine 20th century watercolour from English artist William Eyre (1891-1979), depicting Eynsford in Kent. A lone figure can be seen crossing over the river that dominates the foreground. Eyre’s work shows considerable skill in the handling of watercolours, his confidence, sense of drama and simplicity of technique has drawn comparisons with John Sell Cotman. Well presented in a washline mount and gilt effect frame. Number 39 in the exhibition catalogue Signed. On wove. 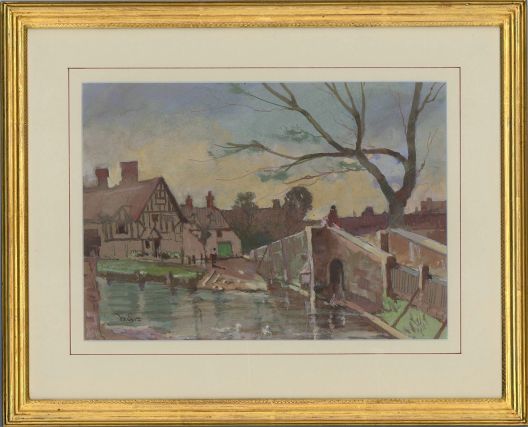 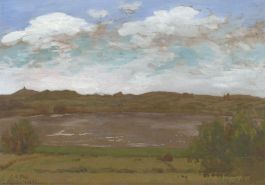 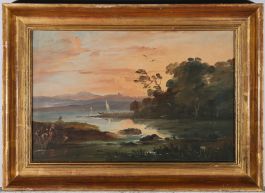 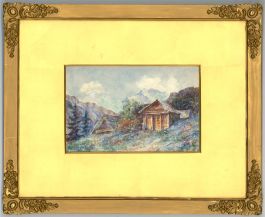 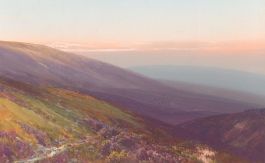