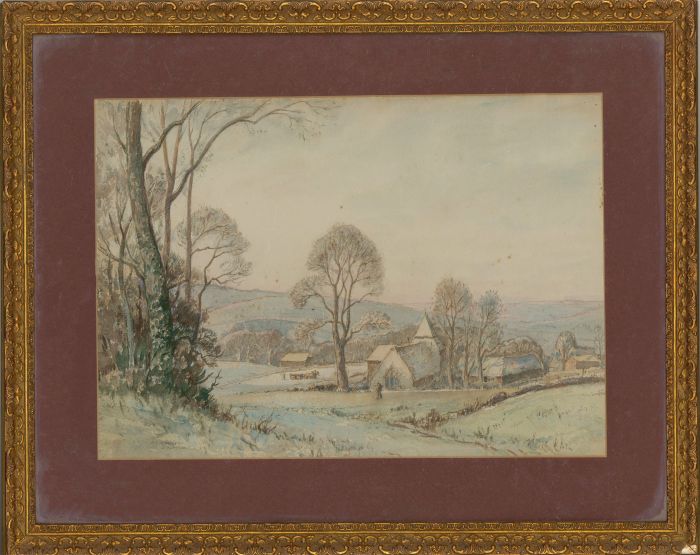 Skip to the beginning of the images gallery
Be the first to review this product
In stock
Code:
kp404

A finely detailed, bucolic English landscape in watercolour by the Second World War artist Henry Samuel Merritt (1884-1963). Merritt has included a distant farm and a small village church, with figures at work on the fields. This work purposefully captures the quintessential elements of rural country life in England, specifically the village of West Dean in Sussex. Handsomely presented in a deep plum card mount and ornate gilt composition frame, with foliate scrolling and acanthus leaf details. Inscribed to the lower left 'West Dean'. Signed and inscribed. On watercolour paper.

The condition is typical for a picture of this age including some discolouration and foxing spots. The frame has one small loss to the lower right corner. Otherwise, in very good condition.

Henry Samuel Merritt (1884-1963) was a British artist who primarily worked in watercolour. Merritt worked amongst a number of artists during the Second World War, producing topographical watercolours and drawings. The scheme was known as 'Recording the Changing Face of Britain' and was established by Sir Kenneth Clark, then the director of the National Gallery. It ran alongside the official War Artists' Scheme, which he also initiated. At the outbreak of war in 1939, there was a concern to document the British landscape in the face of the imminent threat of bomb damage, invasion, and loss caused by the operations of war.

Over 1500 works were eventually produced by 97 artists, including Merritt. At the time the collection had a propaganda role, intended to boost national morale by celebrating Britain's landscapes and heritage. Three exhibitions were held during the war at the National Gallery, and pictures from the collection were sent on touring exhibitions. After the war, the whole collection was given to the V&A.

Works by Merritt can be found in the collection at the V&A, as well as the Imperial War Museum, London. 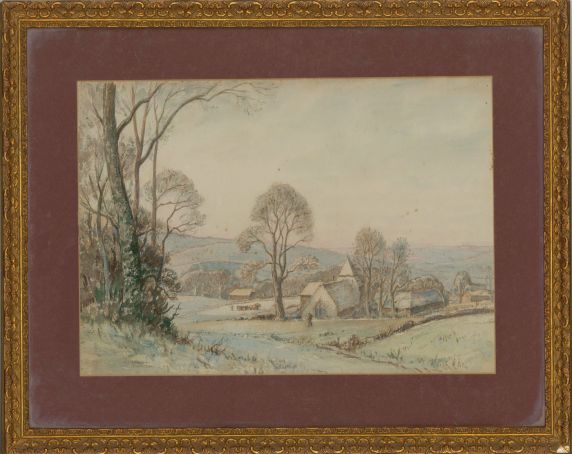 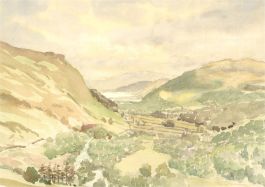 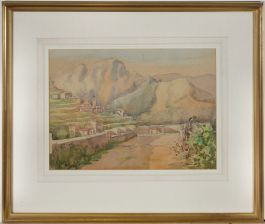 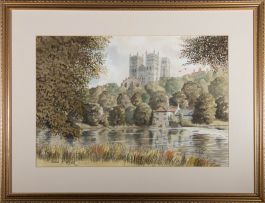 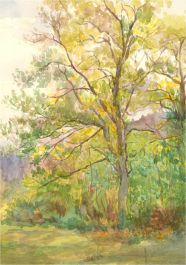 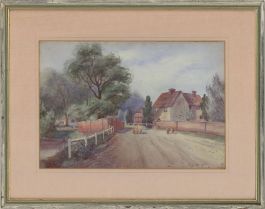