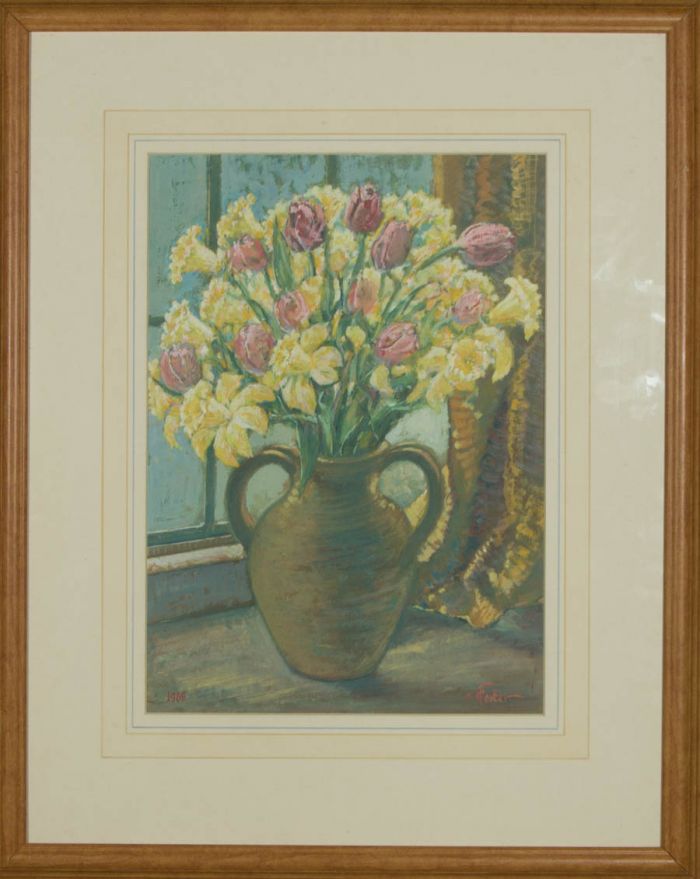 Skip to the beginning of the images gallery
Be the first to review this product
In stock
Code:
kr021

An abundance of colour combined with purposeful yet permissive brush marks is used by Foster to orchestrate a refreshing and free gouache still life.

The painting is signed and dated in the bottom corners, and has a label on its rear stating the painting's title, medium, artist name and year of creation.

The painting is well presented in a wooden frame with a wash-line mount.

Signed and dated. On paper.

This painting is in fine condition. A small amount of surface dirt is present. The mount board is slightly discoloured, with minor foxing and surface dirt. The frame is in good condition, with a few marks and scuffs. 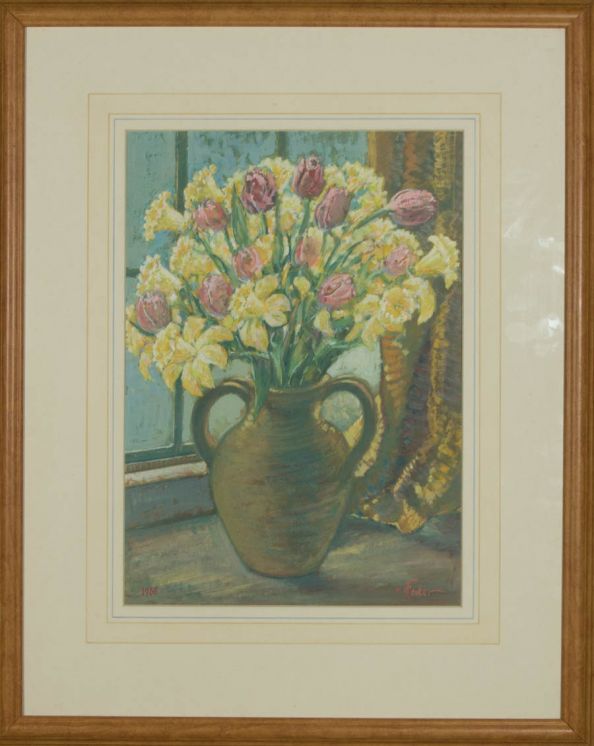 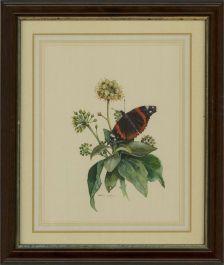 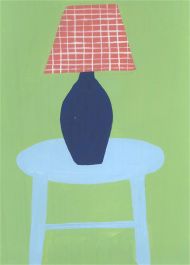 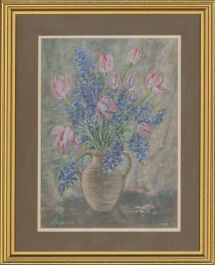 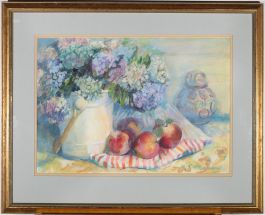