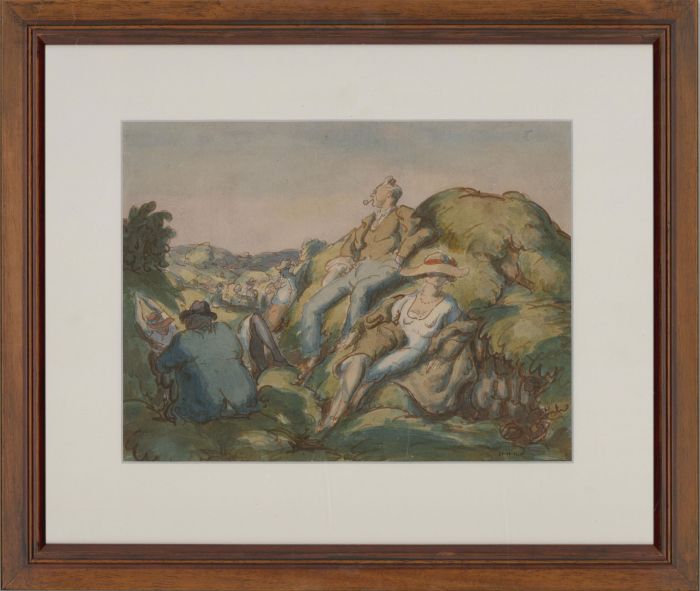 Skip to the beginning of the images gallery
Be the first to review this product
In stock
Code:
kj597

An excellent narrative watercolour in the typical style of Harold Hope Read. Depicting high society figures in 1920s fashion relaxing on a day out in the countryside. The poise and garments worn by the subjects juxtaposes their casual languishing against the grass. Well presented in a cream card mount and contemporary brown frame. Signed and dated. On wove. 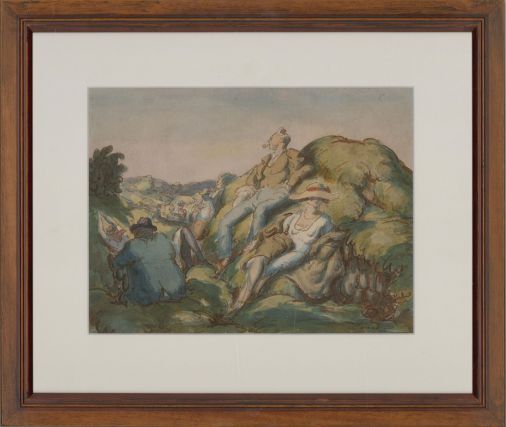 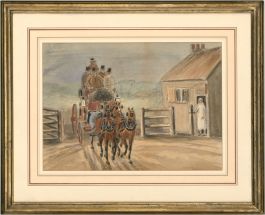 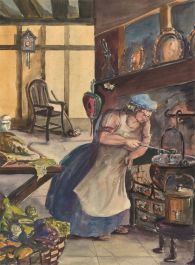 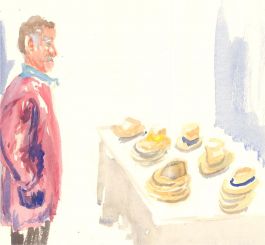 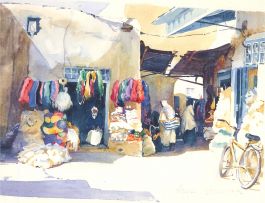 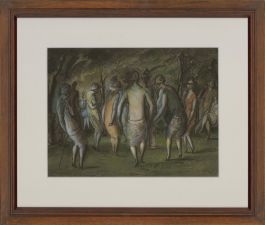