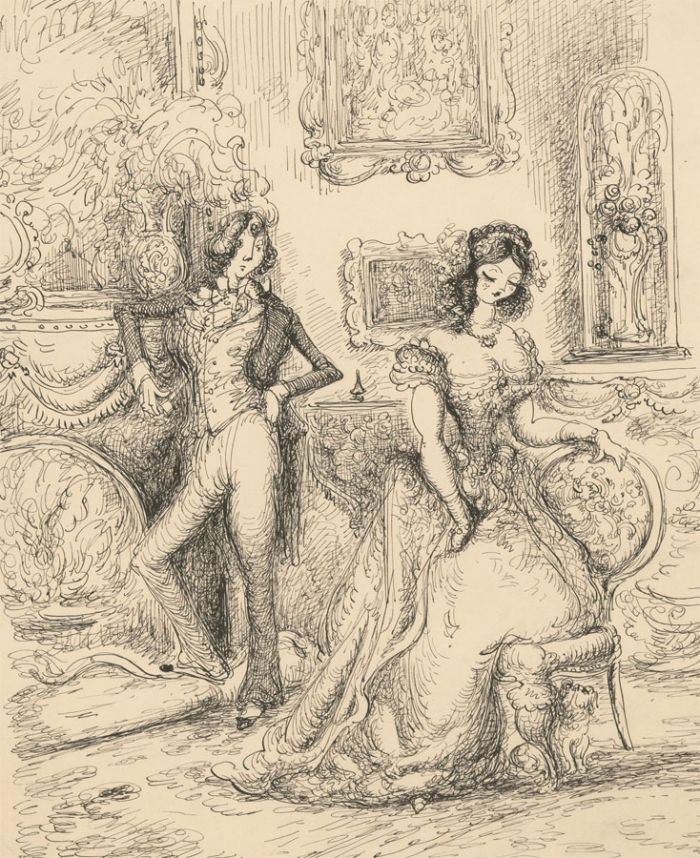 Skip to the beginning of the images gallery
Sale
Be the first to review this product
In stock
Code:
pj016

An romantic study using pen and ink in the artist's distinctive narrative style. The scene shows a young dandy seducing a young woman. Both wear lavish clothing and are positioned within an ornately decorated room. Hope Read's work successfully distils a storyline into a single image with a flair for graphic narrative. Unsigned. On wove.

There are soft creases to the lower corners. Overall the appearance is very good. 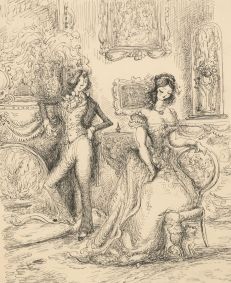 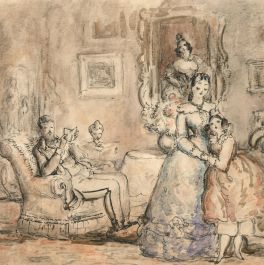 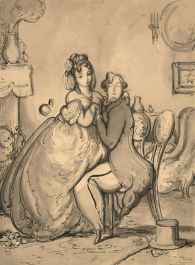 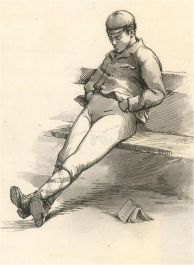 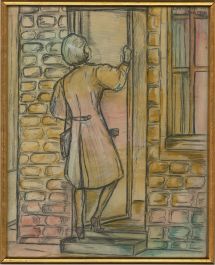 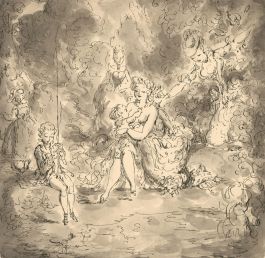