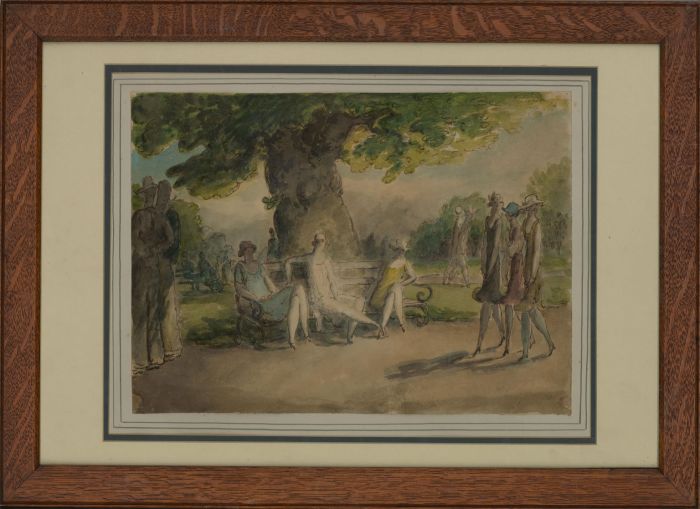 Skip to the beginning of the images gallery
Be the first to review this product
In stock
Code:
kj416

A superb watercolour by Harold Hope Read depicting fashionably dressed 1920s ladies enjoying a summer's day in an English park. The painting is laid to backing paper with a hand drawn border, and presented in a cream card mount and an attractive dark wooden frame. Unsigned. On wove.

Overall the appearance is very good. Old pin holes to corners. There are minor foxing spots to the packing paper - this is not affecting the paper. 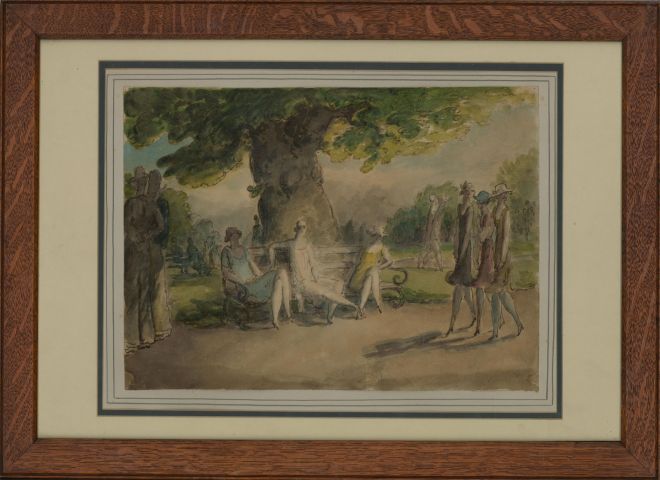 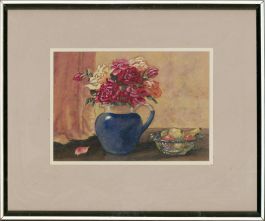 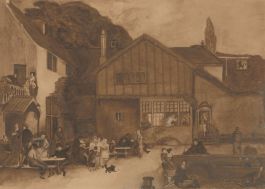 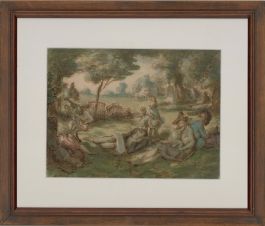 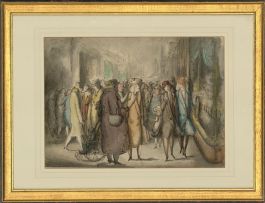 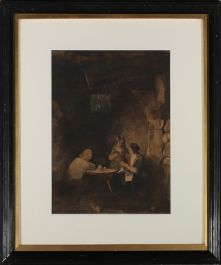