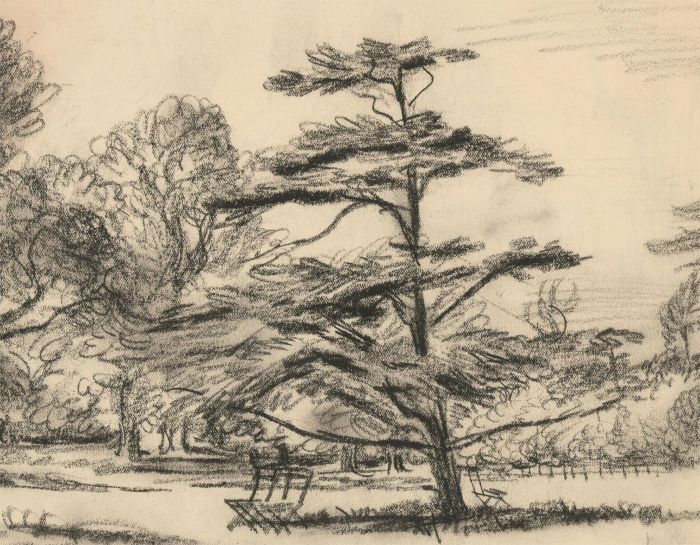 Skip to the beginning of the images gallery
Be the first to review this product
In stock
Code:
pj026

A monochrome study showing a number of grand trees within a city park. With an additional pen and ink study on the reverse showing a cottage amid some expressively drawn foliage. Unsigned. On wove.

There is a minor tear to the lower right corner which has been repaired. Otherwise the condition is fine. 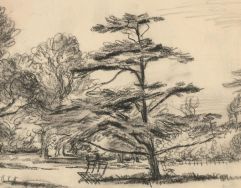 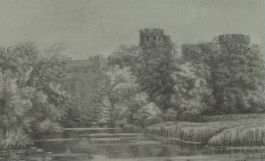 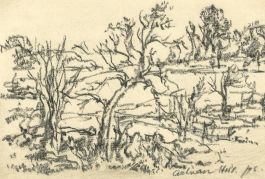 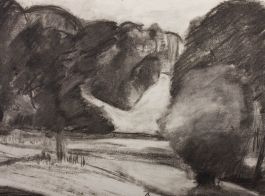 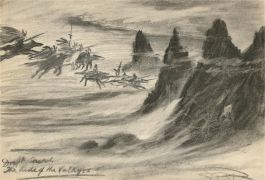