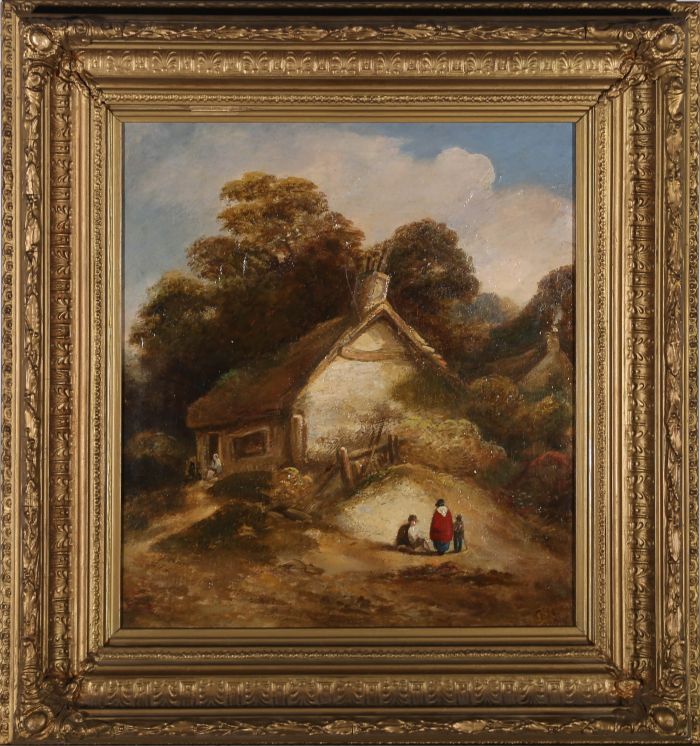 Skip to the beginning of the images gallery
Be the first to review this product
In stock
Code:
rh617

A charmingly rustic mid 19th Century oil scene, showing a rural smithy in Norwell, Nottinghamshire, surrounded by trees under a blue sky. The figures in the foreground are indicative of Nicholson's style, as is the composition and use of glowing pools of light, highlighting certain areas of the composition. The location (Nottinghamshire) is one that features regularly in Nicholson's portfolio, and the date, 1854, is in keeping with the artist's dates. The painting has been dated and monogrammed to the lower right and presented in a handsome mid 19th Century frame with palmette details in the cove, laurel and berry molding and egg cartouches at the corners. There is an inscription at the reverse with the artist's name and location of the painting. This is a later inscription and was likely copied from the reverse of the original canvas in the relining process. On re-lined canvas.

Nicholson was a paint in oils, watercolours, a lithographer and etcher, from an artistic family which included artist Francis Nicholson (1753–1844). He was born in Wheelgate, Malton in 1787 and died at the age of ninety-one at Filey in 1878. He sketched and painted extensively across Yorkshire, focusing particularly on topographical sites such as abbeys and castles. Many of his works are in the collection at York City Art Gallery. 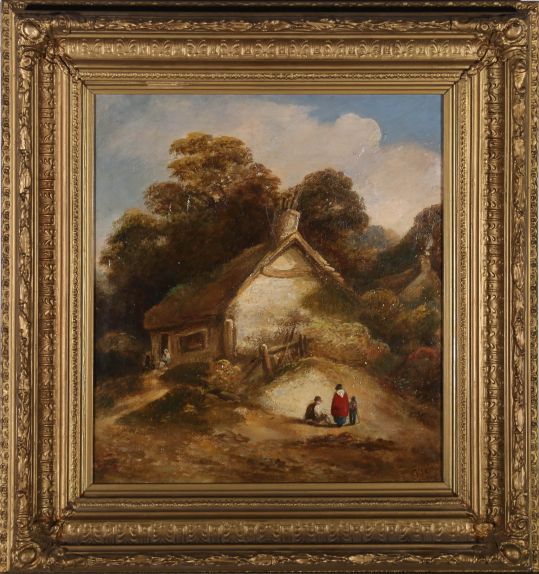 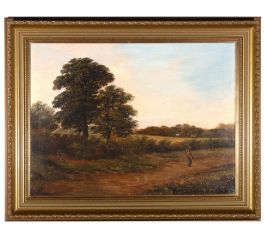 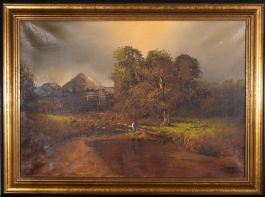 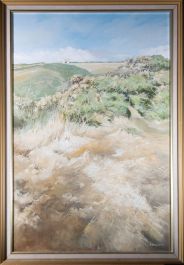 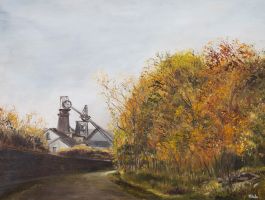 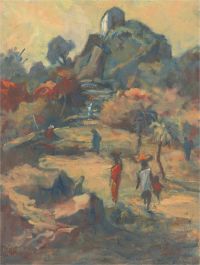