by Olivia Nicholls
at www.sulisfineart.com

Francis Leveson-Gower was born on 1 January 1800. The simple clarity of his birth date contrasts with the confusing web of names associated with the man: Leveson-Gower, Egerton, Sutherland, Bridgewater, Ellesmere, Brackley. Appropriately, the man with many names also had many facets to his life and character. He was in turn politician, writer, traveller and patron to the arts. We encounter him through his own art, and it is his important contribution to the art world which I want to explore here. 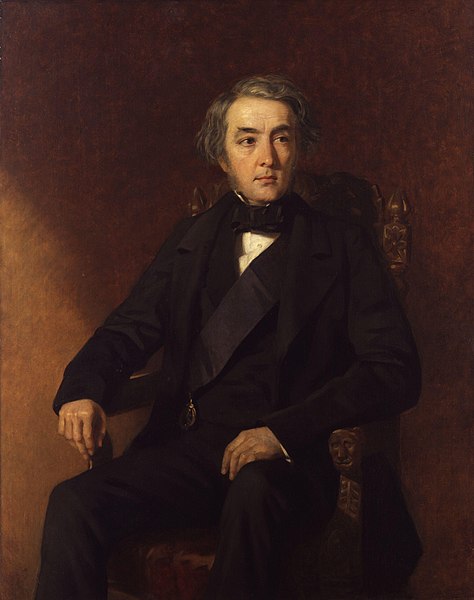 Understanding the ancestry is critical to understanding what made the man.The Leveson-Gower surname came from Francis’s father, George, the 1st Duke of Sutherland. The Leveson-Gower family owned extensive lands in Staffordshire, Shropshire and Yorkshire. The Sutherland connection came from his mother, Elizabeth Sutherland, 19th Countess of Sutherland – who owned most of Sutherland in Scotland – thereby adding to the Leveson-Gower lands. To these already prestigious associations were added the names of Egerton and Bridgewater on his father’s death in 1833: Francis inherited the estates of his childless great-uncle, Francis Henry Egerton, 3rd Duke of Bridgewater, and assumed the surname Egerton, by Royal Licence. Later still came Ellesmere and Brackley: in 1846 he entered the peerage as Earl of Ellesmere, of Ellesmere, Shropshire (then Salop), with the subsidiary title Viscount Brackley, of Brackley, Northampton.

The young Francis was schooled at Eton, and went on to study at Christ Church, Oxford. That he was destined for great things was predicted by his aunt, Lady Granville, who said: ‘he must be something wonderful in time’. She described him, aged 11, as ‘quite a little ‘heros de roman’, ‘handsome, intelligent [with] the most perfect manners’, having a ‘grave, unaffected sort of zeal, a look and voice of inquiry about anything that interests and a scornful smile when he does not believe or approve of what is said’.

This apparent strong-mindedness, coupled with his father’s political career, meant the young Francis was well equipped in 1822 – aged just 22 – to enter Parliament. He remained in politics for over 20 years, including roles as Lord of the Treasury in 1827 and Chief Secretary for Ireland from 1828 till July 1830, when he became Secretary at War for a short time. By all accounts be was very much a Liberal Conservative: he advocated free trade long before Sir Robert Peel yielded on the question.

So we are building a picture of a man of great influence but also of great independent thinking. His greatest legacy was to be not as a politician, but his benevolence and creativity – his services to literature and the arts. His literary abilities were evident from a young age. He had printed a volume of his own poetry by the age of 20, shortly followed by the publication of a translation of Goethe's Faust, one of the earliest that appeared in England. It was, however, Leveson-Gower’s artistic assets which were his greatest, both in terms of his material inheritance and taste for fine art – which in turn were his greatest gift to the nation.

The magnificent Bridgewater art collection, inherited by Francis Leveson-Gower in 1833, originated from the Orléans Collection of French prince Philippe d’Orléans, Duke of Orléans. Francis’s great-uncle, Francis Henry Egerton, had led an aristocratic English consortium to acquire the paintings on the collection’s dispersal after the French Revolution in 1792. Francis Leveson-Gower’s own discriminating artistic taste meant he made numerous valuable additions to the collection. His most significant purchase was in 1823 when he bought drawings from the collection of Thomas Lawrence, including works by the Carracci and Giulio Romano. He later commissioned new pictures, notably in 1837 a painting of ‘Charles I insulted by the Soldiers of Cromwell’ by Paul Delaroche.

To display his collection Leveson-Gower built the Stafford Gallery at his town residence in Cleveland Row, to which the public were freely admitted. The grand opening in 1806 was attended by 2,000 guests, including the Prince of Wales and his five brothers. Leveson-Gower went on to become a trustee of the National Gallery in London and in 1856 he gave the ‘Chandos Portrait’ of Shakespeare to the newly created National Portrait Gallery.  The first painting to enter the collection, accessioned as NPG 1, this was a valuable gift to the nation: the only portrait of Shakespeare that has any claim to have been painted from life.

Leveson-Gower’s pioneering belief in free public access to great art was perhaps his greatest mark as a patron. By providing wide access to old masters for the first time he was to profoundly influence public taste and interest in the arts in the UK. This ideal for the Bridgewater Collection survives to this day: works from the collection have been on continuous public display since the early 19th century. Bridgewater works, by artists such as Raphael, Titian, Poussin and Rembrandt, form a key part of the collection of the National Galleries of Scotland in Edinburgh.

We come then to Leveson-Gower’s own artistic output and its connection with his role as patron. The works here at Sulis Fine Art show him to be a modest but talented artist, combining skill as a draughtsman and watercolourist with his love of travel.  There are scenes from Scotland, the Sutherland seat, and also classical nineteenth century Grand Tour pieces, from France and Italy. 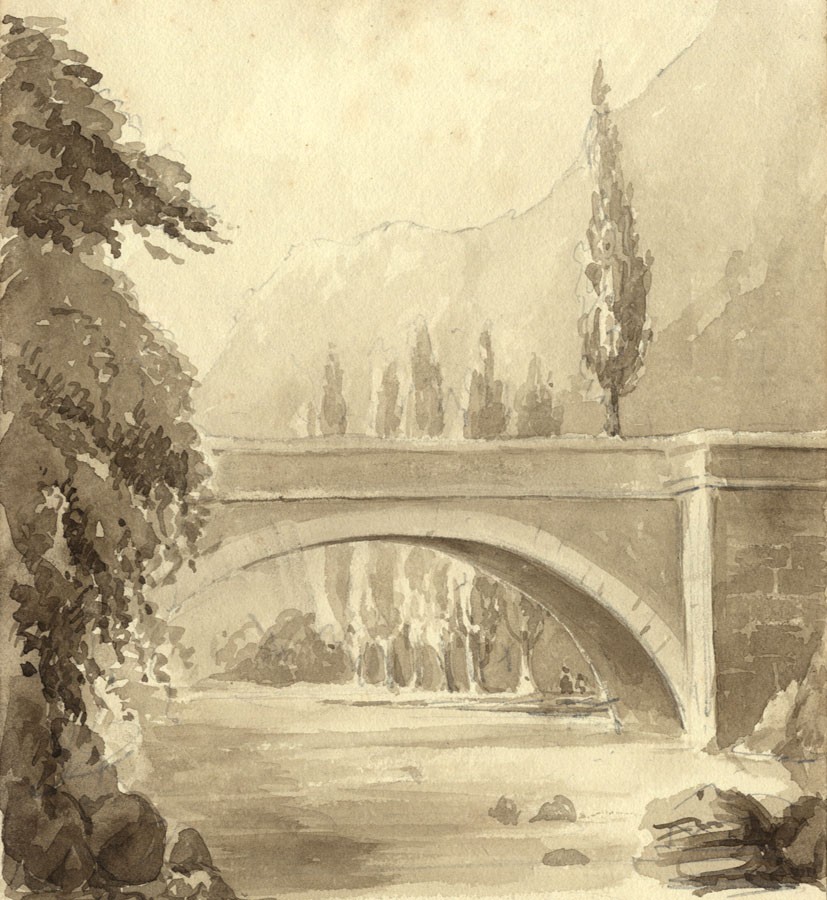 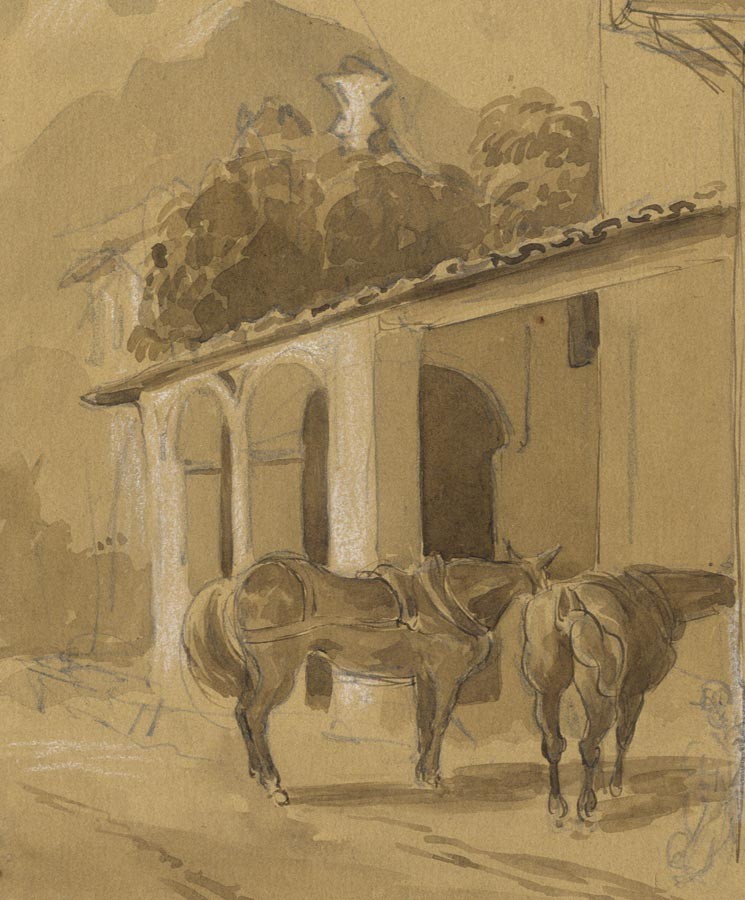 His Mediterranean sketches made it into a book, authored by his wife, in 1843, the result of spending the winter of 1839 in the East, proceeding in his own yacht to the Mediterranean and the Holy Land. He appeared to pass on his interest and talent to his child, evidenced in the further Egerton Estate Grand Tour works in the Sulis collection’ 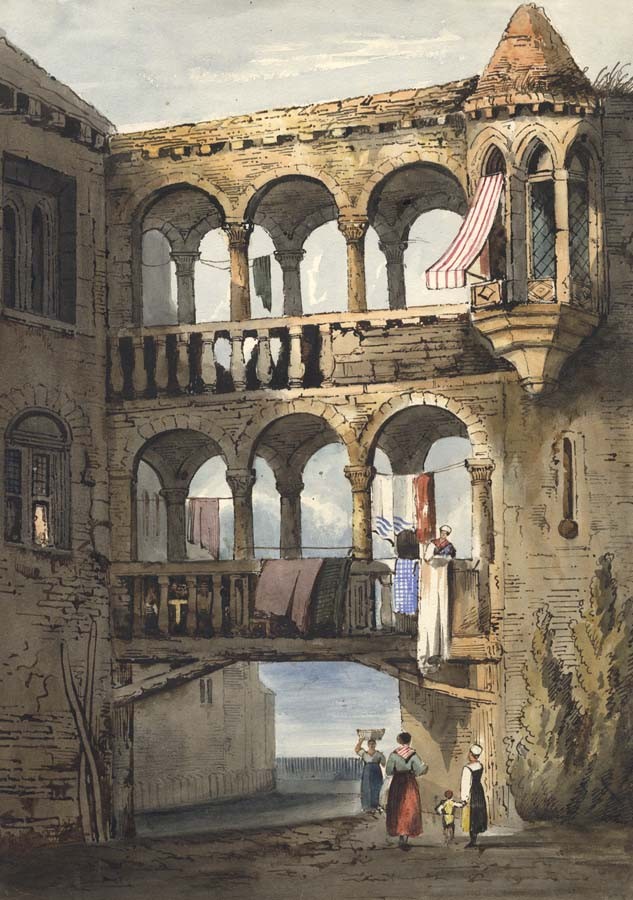 Leveson-Gower’s Grand Tour tastes fitted with the Italian emphasis in the Bridgewater Collection itself. The Collection succeeded in pushing British collecting in a new direction, away from the the Dutch and Flemish schools towards pictures of the Italian schools of the 16th and 17th centuries. Leveson Gower, traveller and artist, and mighty parton, brought such art to the UK, and to the people. As Hazlitt remarked of the Collection:'I was staggered when I saw the works there collected, and looked at them with wondering and with longing eyes. A mist passed away from my sight: the scales fell off. A new sense came upon me, a new heaven and a new earth stood before me …We had all heard of the names of Titian, Raphael, Guido, Domenichino, the Carracci – but to see them face to face, to be in the same room …was like breaking some mighty spell'.