Using music as inspiration, Richard J S Young ritualistically paints to the rhythmic, pulsating and often ambient tones of contemporary electronic music or experimental rock. He often names his paintings as whatever various song title or musician that may have inspired its creation at that given moment. A follower of a vast array of alternative and fringe music ranging from the earlier works of David Bowie, Steve Reich, Four Tet and The Blondes, Young uses the inspired power and dynamics of this music to create his characteristically colourful and energetic paintings. 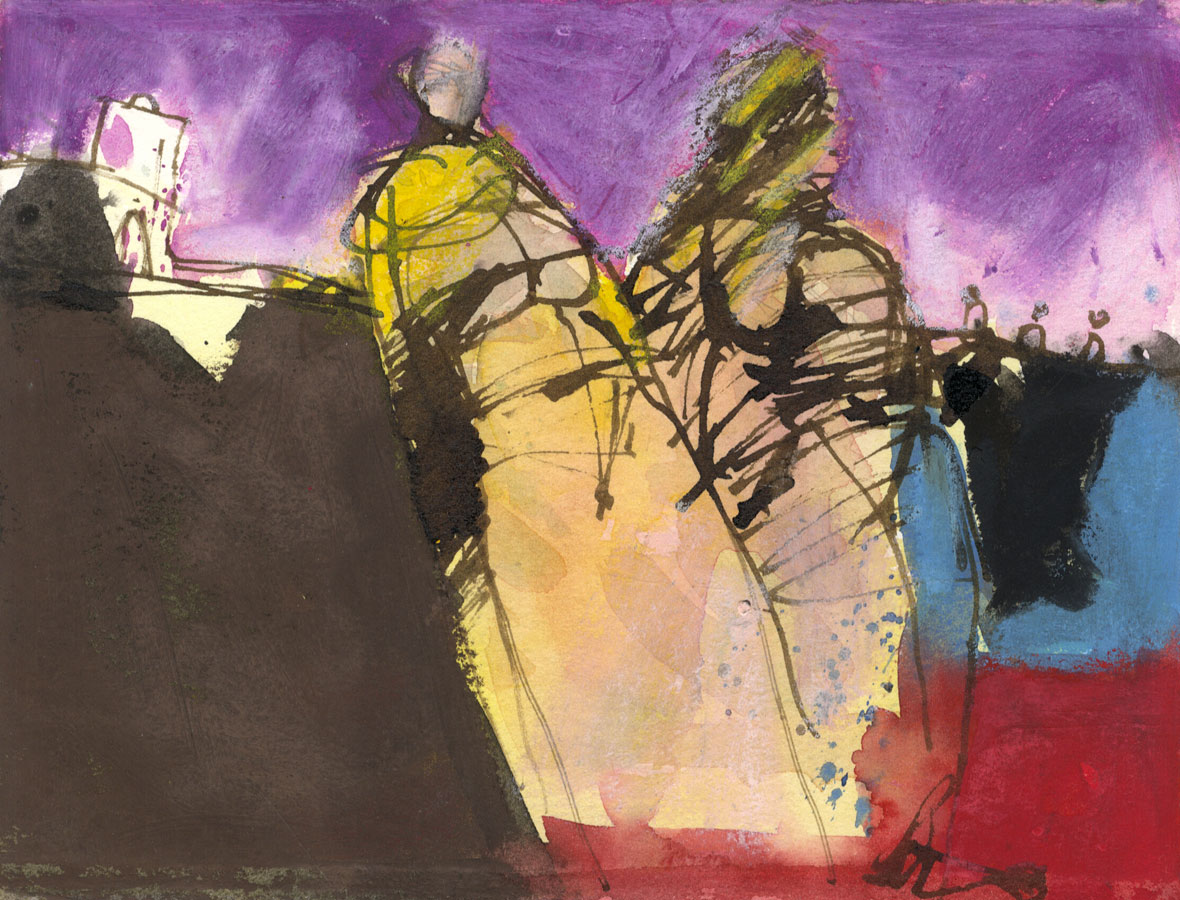 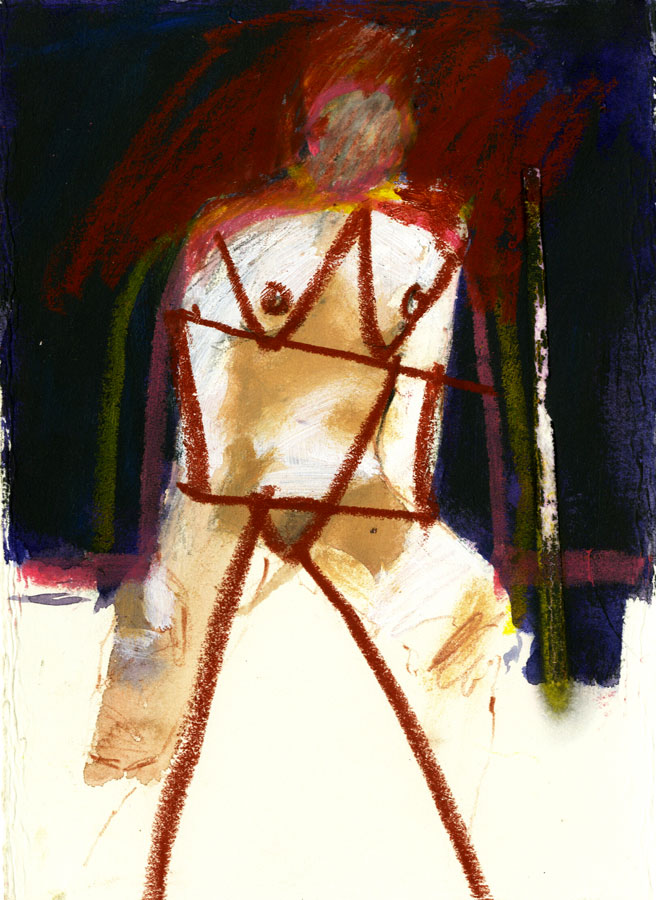 Born in the leafy suburbs of Woking, Surrey in 1954, Young’s family immigrated to Australia a year later where they settled near Adelaide, and then in Woomera in South Australia. It was in Australia that Young first began to discover his passion for the visual arts. Living in Woomera’s arid and dry landscape, he became fascinated by the rich tones and colours of the desert. Returning to England in 1968, at school, he discovered the cubists, the Bauhaus and abstraction spending time in the library exploring more of this art, a contrast to his peers who were more interested in football and such like. Young was particularly drawn by Turner’s later experimental landscapes – the colour beginnings – images that are more akin to the ‘colour field’ work by Mark Rothko and others of the New York Expressionist school. These influences stayed with Young throughout his life and career and he often consults the same books as a source of continual inspiration.

Richard J.S. Young - 2008 Acrylic, His Face Was Once Painted

Young obtained a PhD in Chemical Physics at the University of Kent in Canterbury and has spent his life building a reputable career working in the field of solar energy. Young has stated that he had “chosen to combine my interests in art and science...I was inspired as a teenager by Leonardo Di Vinci who as a Renaissance man unified art and the sciences and pioneered many of the techniques of art and technology”. He manifested these interests in art and science by designing coloured pigments for glass enamels and ceramic glazes and also inks for screen printed electronic applications.

Richard J S Young’s artistic process indicates an artist who reflects the currents and motions of the outside world. His influences are diverse, extending to music, the figure, the sea and the desert. Current influences are drawn from the abstract expressionist works of Richard Diebenkorn who also influenced Scottish artist Barbara Rae, whose ‘intense colour bursts that evoke dramatic landscapes but remain resolutely abstract’ [RA Magazine, 2014], much in the same character of Young’s works exhibited in this collection.

I enjoy colour and making marks. My drawings and watercolour paintings are explorations of how the paint or pencil interact with the paper...For me, my more interesting images are those that are cerebral and require some interpretation on the part of the viewer. Certainly, my exhibition pieces are like that. I am primarily a figurative artist; I enjoy drawing and painting the figure

Richard Young’s studio is based in Bath, England. He is thankful to Seb & Maddy at Rise Music in Bristol for helping with the music exploration.