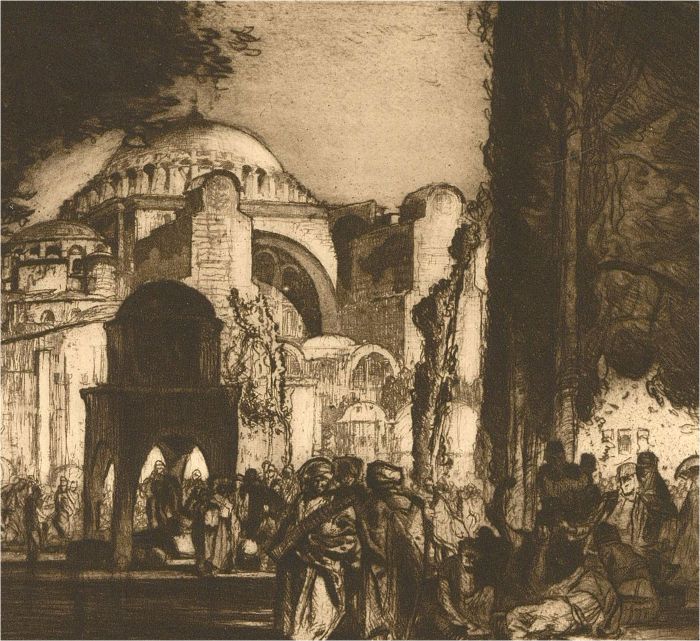 Skip to the beginning of the images gallery
Be the first to review this product
In stock
Code:
rd245

A photogravure after an etching by Brangwyn, 'Santa Sophia'. Plate II in 'Modern Masters of Etching' (1924) published by The Studio, London. On wove affixed to wove at the left edge.

There is some foxing to the backing wove.

A collection of photogravures after etchings by Sir Frank William Brangwyn RA RWS RBA (1867-1956) from 'Modern Masters of Etching', published in two volumes in 1924 and 1932 by The Studio, London.

Sir Frank Brangwyn RA RWS RBA (1867-1956) was a Welsh artist, painter, watercolourist, printmaker, illustrator, and designer. As well as paintings and drawings, he produced designs for stained glass, furniture, ceramics, table glassware, buildings and interiors, was a lithographer and woodcutter and was a book illustrator. It has been estimated that during his lifetime Brangwyn produced over 12,000 works. His mural commissions would cover over 22,000 sq ft (2,000 m2) of canvas, he painted over 1,000 oils, over 660 mixed media works (watercolours, gouache), over 500 etchings, about 400 wood-engravings and woodcuts, 280 lithographs, 40 architectural and interior designs, 230 designs for items of furniture and 20 stained glass panels and windows.


Brangwyn received some artistic training, probably from his father, and later from Arthur Heygate Mackmurdo and in the workshops of William Morris, but he was largely an autodidact without a formal artistic education. When, at the age of seventeen, one of his paintings was accepted at the Royal Academy Summer Exhibition, he was strengthened in his conviction to become an artist. Initially, he painted traditional subjects about the sea and life on the seas. His 1890 canvas, 'Funeral At Sea' won a medal of the third class at the 1891 Paris Salon. The murals for which Brangwyn was famous, and during his lifetime he was very famous indeed, were brightly coloured and crowded with details of plants and animals, although they became flatter and less flamboyant later in his life. 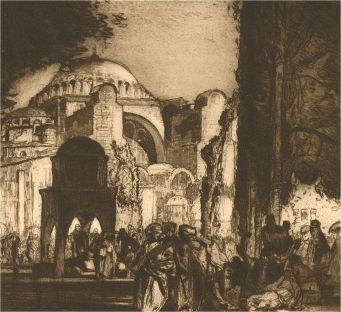 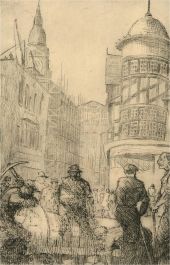 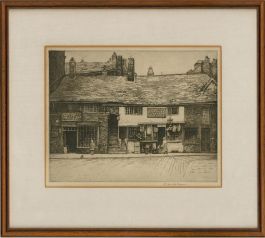 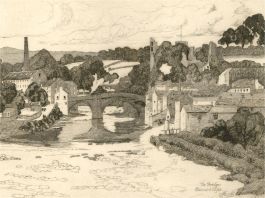 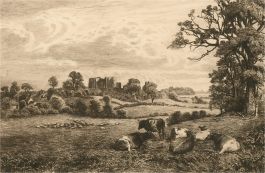